DLAP Group are thrilled to announce that the cult smash-hit BONNIE & CLYDE THE MUSICAL will return to the West End opening at The Garrick Theatre on Saturday 4 March 2023 for a strictly limited 11-week season following the phenomenal response to the production during its limited run at The Arts Theatre earlier this year. 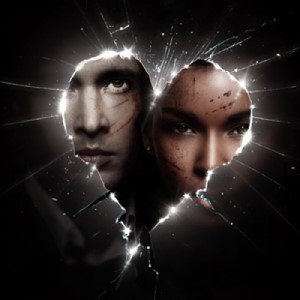 When Bonnie and Clyde meet, their mutual cravings for excitement and fame, combined with a desperate need to lift themselves out of the endless banality and poverty of West Dallas, set them on a mission to chase their dreams. Their bold and reckless behaviour turns the young lovers’ thrilling adventure into a downward spiral, putting themselves and their loved ones in trouble with the law. Forced to stay on the run, the lovers resort to robbery and murder to survive. As the infamous duo’s fame grows bigger, their inevitable end draws nearer.

DLAP Group is an Olivier-Award-winning production company with West End and UK Touring works including “Bonnie and Clyde in Concert”, “Rock of Ages,” “Company,” “Fame,” “Curtains,” and “The Wedding Singer.”

Book tickets for musicals in London.

'Look anyone will tell you, I’m a pretty straight sort of guy.' Tony Blair A reckless reappraisal of the life of former Ugly Rumours front man and … END_OF_DOCUMENT_TOKEN_TO_BE_REPLACED

Michael Harrison and the Really Useful Group are thrilled to announce that The Wizard of Oz, the musical based on the iconic story by L. Frank Baum, … END_OF_DOCUMENT_TOKEN_TO_BE_REPLACED

Following major demand for tickets, the Queen of comedy Dawn French has announced a host of new UK tour dates for her critically acclaimed live … END_OF_DOCUMENT_TOKEN_TO_BE_REPLACED