Matthew Bourne’s New Adventures is delighted to announce their latest venture, BOURNE TO DANCE, a podcast that will be available via Spotify, Apple Podcasts and Amazon Music launching on International Dance Day, Thursday 29 April 2021. 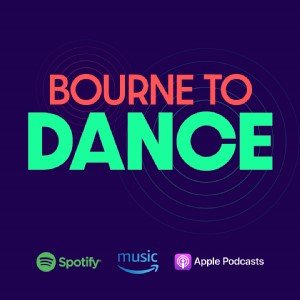 BOURNE TO DANCE offers listeners an exclusive insight into the world of dance from a variety of perspectives. Each episode will see New Adventures Resident Artist, Paul Smethurst interview people with a passion for dance who occupy a variety of roles within New Adventures and beyond. The first episode, an interview with New Adventures Artistic Director Sir Matthew Bourne, will be available from Thursday 29 April 2021. Further episode dates and guests for the first series of Bourne To Dance below.

Sir Matthew Bourne OBE is widely hailed as the UK’s most popular and successful choreographer and director. For over 30 years he has been creating and directing dance for musicals, theatre, film as well as his own highly successful, award-winning companies. A Tony Award winning artist, he also holds the prestigious honour of being the individual with the most Olivier Award wins, having won nine in his career.

Brenda Emmanus OBE has had a long career in national television and radio, being a familiar face on ITV’s “This Morning”, and a regular presenter of the Royal Academy Summer Exhibition Specials with Kirsty Wark. She is an Arts, Culture and Entertainment Correspondent most recently working for the BBC. Brenda was awarded an OBE for services to Broadcasting and Diversity in 2019, and an Honorary Doctorate from the University of the Arts in 2020.

Layton Williams began his career at the age of 12 playing the title role of ‘Billy’ in the West End production of “Billy Elliot”. He went on to make his debut TV appearance as ‘Kylie’ in the BBC comedy “Beautiful People”. His subsequent credits include appearing in “The Car Man” and “The Lord of the Flies”, both for Matthew Bourne’s New Adventures, as well as playing ‘Jamie’ in “Everybody’s Talking About Jamie” at the Apollo Theatre, ‘Paul’ in “Kiss Me, Kate” at the Sheffield Crucible, ‘Seaweed’ in the 2018 UK Tour of “Hairspray” and ‘Angel’ in the London and UK Tour production of “Rent”.

Kane Husbands is Artistic Director of The PappyShow theatre company, a company dedicated to diverse approaches to visual narratives with movement training at the heart of their practice. For the company he has directed “BOYS”, “GIRLS, “CARE” and “Wait til the End”. As a movement director he has worked on “Butterfly Lion” for Chichester’s Minerva Theatre, “Last King of Scotland” for Sheffield Crucible and “One Night in Miami” for the Nottingham Playhouse. He is a lecturer at University of the Arts London, and University of West London.

Paule Constable is an Olivier and Tony Award-winning Lighting Designer who is an Associate Artist of New Adventures and whose work with the company includes “Swan Lake”, “The Red Shoes, “Sleeping Beauty”, “Romeo and Juliet” “Dorian Gray ” and “Play Without Words”. Her National Theatre credits include “The Curious Incident of the Dog in the Night-time”, “Follies”, “Angels in America” and “War Horse”. Her other credits include “Wolf Hall” for the RSC in the West End and on Broadway, “Les Misérables 25th Anniversary Concert” at the O2, together with designing the lighting for the new 25th Anniversary production of “Les Misérables” worldwide.

Paul Smethurst joined New Adventures in 2005 and has worked for the company as a dancer, character principal, dance captain and rehearsal director. In 2015 Paul transitioned to a career in Arts Management and Education, working for New Adventures as Projects Manger and Resident Practitioner, later moving into his current role as Resident Artist. Paul is the strategic and creative lead on all of New Adventures’ projects with Children, Young People and Communities.

Following the UK Government shutdown of theatres in March 2020, the producers of THE ADDAMS FAMILY, A Musical Comedy, have rescheduled the new UK … END_OF_DOCUMENT_TOKEN_TO_BE_REPLACED

Disney’s Olivier Award-winning stage musical Beauty and the Beast today announces the cast to star in the re-imagined and re-designed new production. … END_OF_DOCUMENT_TOKEN_TO_BE_REPLACED

Casting has been announced for the return to the stage of Theatre-Rites, the highly acclaimed children’s theatre company who celebrate their 25th … END_OF_DOCUMENT_TOKEN_TO_BE_REPLACED