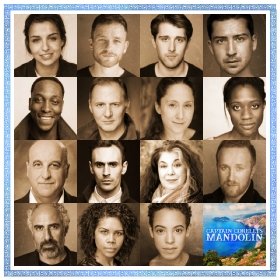 CAPTAIN CORELLI’S MANDOLIN is an epic love story set on the Greek island of Cephalonia. It follows the lives of Dr Iannis, his beautiful, strong-willed daughter Pelagia and the Italian Captain Antonio Corelli, during the Italian and German occupation of the island in World War II. For CAPTAIN CORELLI’S MANDOLIN, Louis de Bernières won the 1995 Commonwealth Writers’ Prize – Overall Winner for Best Book, the 1995 Lannan Literary Award for Fiction and the 1994 Sunday Express Book of the Year. In 2001, the novel was adapted into a film starring Nicolas Cage and Penélope Cruz.

After creating the “absorbing and provocative” Version 2.0 and the “eminently lovable” Letters, Kashyap Raja returns to London with his new play Earth … END_OF_DOCUMENT_TOKEN_TO_BE_REPLACED