Perform Productions is delighted to announce the cast and creative team for the West End premiere of Magical Merlin this October half-term. The spellbinding family musical, which promises to be full of fun and laughter, plays daytime performances at The Fortune Theatre in Covent Garden from Monday 24 to Sunday 30 October 2022. 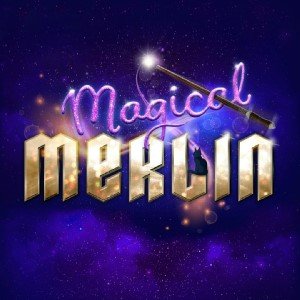 Magical Merlin is directed by the critically-acclaimed Kirk Jameson (credits include UK & International Tour of Dreamworks’ Madagascar, the 10th Anniversary Concert Production of Love Story at Cadogan Hall, I Love You, You’re Perfect, Now Change (filmed at the London Coliseum for Broadway HD)).

Magical Merlin is written and composed by Will Barnett. Choreography is by Khiley Williams, design by Ryan Dawson Laight, lighting design by Andrew Ellis and sound design by Tom Marshall. The magic consultant is Scott Penrose. The show is produced by Perform Productions and general managed by Anthology Theatre.

Magical Merlin features a mix of magic, songs and dancing, as well as uplifting themes of teamwork and self-belief. The show is set in Ancient Britain, a wild world of witches and wizards where Magical Merlin’s miraculous powers rule supreme. When the baby King Arthur is born and jealous older sister, Morgan Le Fay, starts turning people into animals, it’s down to Merlin to save the day.

Perform Productions is run by Lucy Quick and Will Barnett, who produced the sell-out run of Jungle Rumble at The Fortune Theatre in February 2022. They are also the founders and managers of the renowned drama school, Perform, which runs classes for 4-12 year olds across the UK. Magical Merlin ties in with the students’ theme this term. A professional cast will bring the legendary characters they have been learning about to life on the West End stage, from Sir Lancelot and Princess Guinevere to a fire-breathing dragon!

Magical Merlin is an enchanting mini-musical for the whole family, running from 24 to 30 October at The Fortune Theatre, Russell St, London WC2B 5HH (Covent Garden) at various times during the day – check the Box Office (running time 1 hr; suitable for ages 3+). BSL performance: Sunday 30 October at 10am.

Running Time: 1 hour. This show does not have an interval.

'Look anyone will tell you, I’m a pretty straight sort of guy.' Tony Blair A reckless reappraisal of the life of former Ugly Rumours front man and … END_OF_DOCUMENT_TOKEN_TO_BE_REPLACED

Michael Harrison and the Really Useful Group are thrilled to announce that The Wizard of Oz, the musical based on the iconic story by L. Frank Baum, … END_OF_DOCUMENT_TOKEN_TO_BE_REPLACED

Following major demand for tickets, the Queen of comedy Dawn French has announced a host of new UK tour dates for her critically acclaimed live … END_OF_DOCUMENT_TOKEN_TO_BE_REPLACED