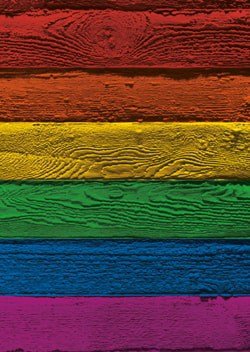 In partnership with Pride in London, The National Theatre will mark the 50th anniversary of the partial decriminalisation of homosexuality in England and Wales by staging its first Queer Theatre event series from 6 – 10 July 2017.

A group of world-class actors and directors will look at how theatre has charted the LGBT+ experience through a series of rehearsed readings and post-show discussions in the Lyttelton Theatre.

The third play in the NT’s Queer Theatre series of rehearsed readings is Certain Young Men by Peter Gill. First staged in 1999, Certain Young Men will be performed on Saturday 8th July 7.30pm in the Lyttelton Theatre.
‘To be really queer you have to have someone nail your foreskin to a piece of wood and generally kick up a bit of a fuss.’ As the new millennium approaches, four gay couples illuminate the differences within the ‘gay community’. Is gay life defined by living in coupled suburban bliss or chasing casual sex?

The NT’s Queer Theatre event series is hosted in partnership with Pride in London and includes:

Sonia Friedman Productions has announced that Ruth Wilson will star in Ivo van Hove’s adaptation of Jean Cocteau’s The Human Voice, which he also … END_OF_DOCUMENT_TOKEN_TO_BE_REPLACED

The award-winning smash-hit production of Girl From The North Country, written and directed by celebrated playwright Conor McPherson (The Weir, The … END_OF_DOCUMENT_TOKEN_TO_BE_REPLACED

John Barrowman is back on tour with his new show ‘I am What I am’ The tour launches on Saturday 30 April, 2022 at Southend‘s Cliff’s Pavilion and … END_OF_DOCUMENT_TOKEN_TO_BE_REPLACED

Producer Karl Sydow has announced the West End return of a dazzlingly renewed version of Dirty Dancing - The Classic Story On Stage, following a … END_OF_DOCUMENT_TOKEN_TO_BE_REPLACED