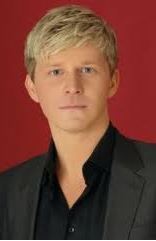 London theatre is a highly competitive industry. There are a vast number of extremely talented stage actors looking to work in the West End and with a select number of theatres and shows, opportunities are limited; add to that, the ever-growing number of students graduating from drama/theatre schools with each passing year, and they become even more limited. The reality is that there aren’t enough roles to meet the demand, so a lot of these talented performers are missing out. Even when they do make it onto the stage though, the challenges don’t end there. If the number of West End productions are limited, the lead roles are even more so. Not everyone can be the lead, so more often than not performers will find themselves in the ensemble. Sadly, the members of the ensemble are regularly overlooked by audiences, who save the biggest applause for the ‘stars’ of the show – but everyone in a West End show is a star.

I don’t think people necessarily appreciate what being an ensemble member entails. It is a demanding job, requiring physicality, variance and most of all, being able to work as one with a large group of performers. There is a lot of talent hidden away within a show’s ensemble, which is why I’m aiming to bring it to the forefront. Each week, I’m going to bring one ensemble member I’ve been particularly impressed by ‘centre stage’ and publicly recognise them for their work. I think it’s about time the ensemble had a spotlight on them, don’t you?

Dean Chisnall seemed the perfect choice to kick off Centre Stage with. I first came across him on ACT ONE: Songs From the Musicals of Alexander S Bermange. The 2008 musical theatre album contained a selection of the composer’s songs, performed by some of the West End’s up-and-coming stars. Some of the names featured included Earl Carpenter, Summer Strallen, Oliver Thompsett, Alexia Khadime, Ramin Karimloo…and Dean Chisnall, who was duetting with Sabrina Aloueche on The Threshold Of Her Heart. The CD was a gift from my mother and, at the time, I didn’t really have any involvement in musical theatre and didn’t know most of the names singing on there. Chisnall stood out for me though; his was easily one of the best voices on the CD. They say first impressions stick and this one certainly has. I’ve been following the career of Dean Chisnall ever since.

I next came across him as part of the Love Never Dies ensemble, but before that, he’d worked quite extensively. After the Lancashire-born Chisnall graduated from the London ‘Arts Educational School of Musical Theatre’ in 2005, he went straight into his first job in The Woman in White, understudying the role of Walter Hartwright. From there, he went on to join the casts of Evita and Never Forget, in which he played his first leading role as Ash. After Never Forget, Chisnall appeared in La Cage Aux Folles. He has also regularly appeared in pantomime with Qdos, playing Prince Charming in Cinderella.

In 2010, he was cast in Andrew Lloyd Webber’s Phantom sequel, Love Never Dies at The Adelphi Theatre. Chisnall was in the ensemble and acted as first cover to Joseph Millson in the role of Raoul. I sadly never got to see him perform as the drunken Vicompte de Chagny, but heard nothing but good things from those who did.

Chisnall left Love Never Dies in March 2011 as part of the cast change and headed over to The Theatre Royal Drury Lane for Shrek the Musical. Again in the ensemble, he performed as a knight, Papa Ogre, one of the Three Pigs (Bricks) and Thelonius, as well as understudying the lead role of Shrek. Nigel Lindsay originated the UK role of the lovable green ogre, to great acclaim, but a recent announcement revealed that he would be leaving the musical in February 2012 – and that Dean Chisnall would be taking over the role full-time.

There was a surge of delight from both theatre-goers and stage performers alike that a show had given a lead role to its understudy. It was certainly deserved. Millions saw Chisnall perform the finale song ‘I’m A Believer’ with the rest of the company on Britain’s Got Talent and it was clear that he most definitely had bucketful’s of it. This is why Dean Chisnall was a natural choice to feature in the first Centre Stage article. He serves as a perfect example as to why more recognition should be given to ensembles. I have no doubt that he will do a fantastic job leading Shrek the Musical and I hope from that, more shows will put the spotlight onto their ensemble members.

Following its multiple West End runs, and continuing success at its home – The Other Palace, Heathers the Musical will embark on its highly … END_OF_DOCUMENT_TOKEN_TO_BE_REPLACED

After creating the “absorbing and provocative” Version 2.0 and the “eminently lovable” Letters, Kashyap Raja returns to London with his new play Earth … END_OF_DOCUMENT_TOKEN_TO_BE_REPLACED