Chess the Musical in Concert will add an additional matinee performance to its chequerboard, on Tuesday 2 August, due to popular demand. The first announced date sold out in 7 days, so there will now be a total of three performances of the iconic production. 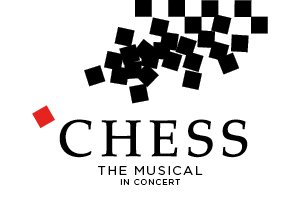 Full casting is also announced for the production as listed below;

Samantha Barks (Frozen, Les Misérables) as Florence, Hadley Fraser (2:22 A Ghost Story, City of Angels) as Anatoly, Joel Harper-Jackson as Freddie (Cock, Kinky Boots), Frances Mayli McCann (Bonnie and Clyde, Our Ladies of Perpetual Succour) as Svetlana and Ako Mitchell (Caroline Or Change, The Colour Purple) as The Arbiter are joined by Craige Els (Matilda the Musical, The Imitation Game) as Molokov.

Chess, with music by ABBA legends Benny Andersson and Björn Ulvaeus, and lyrics by the incomparable Sir Tim Rice, returns to the West End for the first time since 2018, as part of three star-led musical concerts. They will be accompanied by both the London Musical Theatre Orchestra as well as the London Musical Theatre Chorus and will be presented at the Theatre Royal Drury Lane this August.

Following its multiple West End runs, and continuing success at its home – The Other Palace, Heathers the Musical will embark on its highly … END_OF_DOCUMENT_TOKEN_TO_BE_REPLACED

After creating the “absorbing and provocative” Version 2.0 and the “eminently lovable” Letters, Kashyap Raja returns to London with his new play Earth … END_OF_DOCUMENT_TOKEN_TO_BE_REPLACED