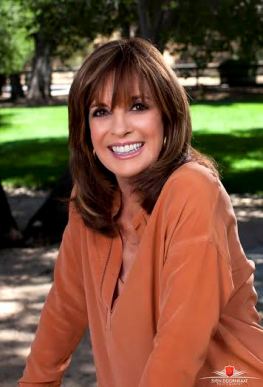 New Wimbledon Theatre and First Family Entertainment are delighted to announce another awesome cast for 2014. Golden Globe and Emmy award-nominated actress Linda Gray will make her panto debut as the Fairy Godmother in New Wimbledon Theatre’s pantomime, Cinderella! Linda will be joined by the hilariously funny comedian and actor Tim Vine as Buttons, panto favourites Matthew Kelly and Matthew Rixon as the Ugly Sisters and Wayne Sleep in the role of Dandini.

Linda Gray is renowned for playing the iconic role of Sue Ellen Ewing in Dallas, the most globally watched TV show of the 1980s. Linda reprised this role in 2012 and the final series of this revival is currently airing on Channel Five. She also played Mrs Robinson in the 2001 West End production of The Graduate.

Tim Vine is an award winning comedian who has been touring the comedy circuit for years. He has won many awards including the Perrier Newcomer Award in 1995, The Funniest Joke at the Edinburgh Fringe in 2012 and 2014 and is the former world record holder for most jokes told in an hour (a whopping 499). Tim has also appeared on many television shows; credits include Not Going Out, Celebrity Mastermind, Neighbours, Don’t Blow the Inheritance, Mad Mad World, QI, Live At The Apollo, Blandings and Celebrity Squares.

Matthew Kelly is most widely known for presenting Stars In Their Eyes. As an award winning actor, TV credits include Dickens’ Bleak House and a starring role in the crime thriller series Cold Blood. On stage his credits range widely from Shakespeare to musicals – Lend Me A Tenor, Spamalot, Legally Blonde, Twelfth Night, Troilus and Cressida, Waiting for Godot and Of Mice and Men; for which he won an Olivier Award. Matthew was praised by critics and audiences alike in his role as Widow Twankey in FFE’s production of Aladdin at New Wimbledon Theatre last year.

Wayne Sleep is a renowned British dancer, director, choreographer, actor and panellist. He was a Principal Dancer with the Royal Ballet and has appeared as a guest artist with several other ballet companies. Wayne’s TV credits include I’m a Celebrity Get Me Out Of Here, Stepping Out, Big Ballet and, most recently, Celebrity Masterchef.

Matthew Rixon, son of national treasure Matthew Kelly, has appeared in many theatre productions and his theatre credits include Roger Debris in The Producers, The Lion, The Witch and the Wardrobe, Chitty Chitty Bang Bang and To Kill A Mockingbird. Matthew most recently played the Chief of Police in the critically acclaimed production of Aladdin at NWT last year.

The announced cast will also be joined by two fantastic musical theatre stars; Amy Lennox (9 to 5, Sound of Music and Soho Cinders The Musical) in the lead role of Cinderella and Liam Doyle as Prince Charming. Liam’s previous credits include Mamma Mia, Fiyero in Wicked (national tour) and most recently the UK premiere of Altar Boyz at the Greenwich Theatre.

Linda had the following to say on her casting as the Fairy Godmother in this year’s Cinderella; “I am so delighted to be making my pantomime debut in Cinderella at the beautiful New Wimbledon Theatre. I have heard such great things about British pantomime and I am very excited to get started! I am especially looking forward to working with such a brilliant and talented cast; the script is hilarious, my costume is sensational and I am looking forward to spending Christmas in the wonderful city of London”.

Cinderella is the most magical fairytale of them all. This classic rags to riches story sees Cinderella transformed from a put-upon maid to her horrid Ugly Sisters, to the belle of the ball! With sumptuous sets, gorgeous fairytale costumes, riotous Panto Dames, real Shetland ponies and bags of audience participation, fun and laughter is guaranteed for all of the family!