The Time Traveller’s Wife, the best-selling novel by Audrey Niffenegger and the New Line Cinema film screenplay by Bruce Joel Rubin, will become a new musical and premiere in the UK in late 2021/early 2022. With a book by Lauren Gunderson, original music and lyrics by Joss Stone and Dave Stewart and additional lyrics by Kait Kerrigan, the production will be directed by Bill Buckhurst, with musical supervision & arrangement by Nick Finlow and illusions by Chris Fisher. Casting is by Stuart Burt CDG. It will be produced by Colin Ingram for InTheatre Productions, by special arrangement with Warner Bros. Theatre Ventures. 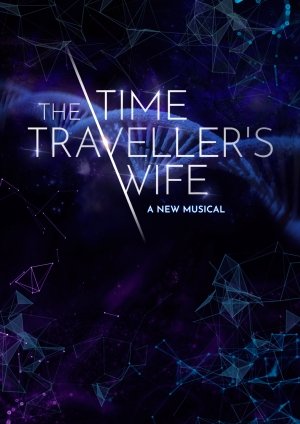 Henry and Clare’s love story is like no other and yet like all others; they meet, flirt, fight, love, marry… but all out of order. Henry is often and uncontrollably ripped out of time, because he suffers from a rare condition where his genetic clock periodically resets, pulling him into his past or future, vanishing before one’s eyes, never knowing where or when he’s going next. Except he knows he’ll always come back to Clare, whether she’s 5 years old playing in a field or 85, dreaming of her time-travelling husband.

Lauren Gunderson said of adapting the novel, “I will never forget reading the last chapter of Audrey Niffenegger’s book over ten years ago and being floored by its thunderous emotion and potent humanity. I knew this love story belonged on stage with music and vision that matches its emotional punch and soaring feeling. I know this musical will lift, delight, hearten and exhilarate.”

The Time Traveller’s Wife: The Musical weaves a heart-breaking and soaring original musical score by multi Grammy Award-winning composers Joss Stone and Dave Stewart with one of the most beloved novels of the last 50 years. All couples ask how to truly know one another, to trust, to commit, to build a family, to work at something bigger than ourselves. Not all of us are time travellers. How do you love across time?

Dave Stewart and Joss Stone said of working together on the new musical, “We have been on many crazy adventures together but we’ve never ‘Time Travelled’ till meeting Lauren Gunderson. Writing these songs together whilst being in different locations on different time zones has been a trip (literally), throwing us into an eddy of emotive melodies and heart-wrenching lyrics to go with the push and pull of this unusual love story. We all time travel in our relationships and in our lives in general, but to write something that people will see and hear happening live on stage is thrilling to imagine, and hearing Bill Buckhurst’s interpretations of Lauren’s script for stage as we went along has been so inspiring.”

Producer Colin Ingram said, “Bringing this book to the stage was my wife’s idea, as, for her and so many others, The Time Traveller’s Wife has been a significant and deeply cherished story. Having Henry constantly appearing and disappearing throughout the story (with his age changing each time, backwards and forwards) requires this stellar creative team, and this show promises to be an incredibly emotional experience for the audience. Lauren’s adaptation is truly wonderful and the soulful sound of Dave and Joss’s music will lift everyone’s spirits as a truly wonderful tonic in a post-pandemic world.”

Lauren Gunderson has been one of the most produced playwrights in the US since 2015, topping the list twice, including 2019/20. She is a two-time winner of the Steinberg/ATCA New Play Award for I and You and The Book of Will, the winner of the Lanford Wilson Award and the Otis Guernsey New Voices Award, a finalist for the Susan Smith Blackburn Prize and John Gassner Award for Playwriting, and a recipient of the Mellon Foundation’s Residency with Marin Theatre Company. She co-authored the Miss Bennet plays with Margot Melcon.

Grammy and Brit award-winning singer-songwriter, Joss Stone, has released seven studio albums since she secured a record deal at 15 and released her critically acclaimed debut album, The Soul Sessions, in 2003. Performing alongside many legendary artists such as James Brown, Herbie Hancock, Stevie Wonder, Gladys Knight, Sting, Van Morrison and Melissa Etheridge, she has collaborated with and contributed to albums for many of the world’s finest musicians, including Jeff Beck, Mick Jagger and Damien Marley. In 2015 her album Water for Your Soul was released, achieving the spot of the number-one reggae album upon release and voted best reggae album by Billboard. In 2019, she completed her most audacious project to date, The Total World Tour, in which she has performed a gig and collaborated with local artists in over 200 countries around the world.

Award-winning singer, songwriter, musician, producer and Eurythmics co-founder, Dave Stewart is recognised as one of the most respected and accomplished talents in the music industry today with a music career spanning four decades and over 100 million album sales. Stewart co-wrote and produced each Eurythmics album in his world-famous duo with Annie Lennox, and has also produced albums and co-written songs with Mick Jagger, Tom Petty, Bob Dylan, Gwen Stefani, Jon Bon Jovi, Stevie Nicks, Bryan Ferry, Katy Perry, Sinead O’Connor, Joss Stone and many others. Along the way, his work has garnered numerous awards, including 26 ASCAP and BMI Awards for the most-performed songs; four Ivor Novello Awards for Best Songwriter; four BRIT Awards for Best Producer, including a Lifetime Achievement Award; The Silver Clef Award; The Clive Davis Legend in Songwriting Award; a Golden Globe and a Grammy Award and he was inducted into the UK Hall of Fame. In 2018, Eurythmics was nominated for the Rock and Roll Hall of Fame. Most recently, they were inducted into the Grammy Hall of Fame for Sweet Dreams (Are Made Of This) and they will be inducted into The Songwriters Hall of Fame in June 2021.

In 2001, Stewart was approached by Nelson Mandela to help the fight against the Aids epidemic. Stewart developed a Global Campaign using Mandela’s prison number 46664. Stewart then went on to help organize the biggest concert ever staged in South Africa, appearing on stage with Beyoncé, Bono and Edge, Queen and many others, as well as bringing his long-time partner, Annie Lennox, on stage to perform together as Eurythmics. The concert was broadcast live to over 1 billion people. Stewart, along with songwriter/producer Glen Ballard, wrote the music for the musical adaptation of the 1990 Jerry Zucker film Ghost. With Mick Jagger, he wrote and produced the score for Alfie, starring Jude Law, which won the pair a Golden Globe for Best Original Song. More recently, Stewart created and is Executive Producer of the hit TV show for NBC, Songland.

Chris Fisher is a member of the Magic Circle and works worldwide as international illusions and magic consultant for Harry Potter and the Cursed Child. His theatre credits as illusion consultant include Back to the Future the Musical (Manchester and West End), The Prince Of Egypt (West End), Company (West End and Broadway), Big – the Musical (Plymouth, Dublin and West End), Peter Gynt (National), A Very Very Very Dark Matter (Bridge) and Angels in America (National and Broadway).

Colin Ingram’s producing credits include Billy Elliot, Breakfast at Tiffany’s, Ghost the Musical, Grease and Back to the Future the Musical. The latter will open in the West End at the Adelphi Theatre in Summer 2021. Colin worked for Cameron Mackintosh for six years, general managing Les Misérables, The Phantom of the Opera and Oklahoma! (starring Hugh Jackman). He then joined Disney Theatrical to be Managing Director and General Manager, overseeing the London productions of The Lion King and Beauty And The Beast. Colin then joined the Old Vic as Executive Producer for the first two years of the Old Vic Theatre Company and on the West End premiere of Billy Elliot – the Musical, after which he joined Madison Square Gardens in New York to run their Productions division including the Radio City Rockettes Spectaculars.

People can sign up for further information at timetravellerswife.com.

There’s magic brewing on the West End once more. A vaudevillian journey of illusion, with performers at the cutting edge of their art, Wonderment is … END_OF_DOCUMENT_TOKEN_TO_BE_REPLACED