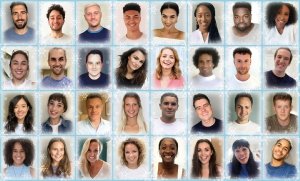 Due to the ongoing impact throughout the theatre industry of Covid-19, Disney’s Frozen will open in the West End on 14 April 2021, with previews from 2 April, and is now booking until 24 October 2021. All patrons with pre-existing bookings will automatically be transferred to a new performance date with the same seats, and notified in due course via email, with the company working through bookings chronologically. If the new date is not suitable, at this point patrons will have the opportunity to request an alternative date or a refund.

Michael Grandage said today, “We’re thrilled to announce casting for Frozen – an incredibly talented group of people who will be creating the London premiere at the newly refurbished Theatre Royal Drury Lane next spring. As theatres start to open their doors again, we look forward to celebrating the spectacle of this beloved story with audiences everywhere”.

Frozen – produced by Disney Theatrical Productions under the direction of Thomas Schumacher – opened on Broadway in March 2018 to box office records, and three Tony Award® nominations including for Best Musical. In addition to the opening in London, the musical recently embarked on a North American tour, and new productions will open in Australia, Japan, and Hamburg within the next year.

Samantha Barks plays Elsa. For theatre, her work includes Chess (Umeda Arts Theater Main Hall / Tokyo International Forum Hall), Pretty Woman (Chicago and Broadway), The Last Five Years (St James Theatre), Amelie (Berkley Rep), City of Angels (Donmar Warehouse), Chicago (Hollywood Bowl), Oliver! (UK tour), Les Misérables (Queen’s Theatre), and Cabaret (Birmingham Rep). She was one of the participants on the BBC series I’d Do Anything. For film, her credits include Chocolate Cake, For Love or Money, Bitter Harvest, The Revenger, Interlude in Prague, The Devil’s Harvest, The Christmas Candle and as Eponine in Les Misérables (recipient of Empire Award for Best Female Newcomer; and nomination for Screen Actors Guild Award for Outstanding Performance by a Cast in a Motion Picture). She also reprised her performance as Eponine for Les Misérables in Concert: The 25th Anniversary.

Mikayla Jade makes her professional stage and West End debut playing Sven. Originally from Australia, she is an actress and stuntwoman. For film, her work includes Maleficent: Mistress of Evil, The Old Guard and Wonder Woman 1984.

Valid on Wednesday & Thursday 7pm and Thursday 2.30pm performances subject to availability. Excludes school holidays and other blackout dates that may apply. Minimum group size is 10. Education rate valid for groups up to Year 11.


Global Creatures, the producer of Moulin Rouge! The Musical, has announced today that the UK premiere of the acclaimed show will begin performances at … END_OF_DOCUMENT_TOKEN_TO_BE_REPLACED

Be More Chill, the mind-bendingly, delightfully fun, hit musical is set to open at The Shaftesbury Theatre for a limited 10 week run from Wednesday 30 … END_OF_DOCUMENT_TOKEN_TO_BE_REPLACED

Producer Stacey Mindich has announced that the London production of Dear Evan Hansen, which won the 2020 Olivier Award for Best Musical, will reopen … END_OF_DOCUMENT_TOKEN_TO_BE_REPLACED