Disney Theatrical Productions today announces that their critically acclaimed production of Frozen is extending until October 2022 due to public demand.

The production opened at Theatre Royal Drury Lane in August last year, and has been playing to capacity houses since, recently receiving 13 nominations across acting and creative categories in the 2022 WhatsOnStage Awards – including nominations for Best New Musical, for both Samantha Barks and Stephanie McKeon in the Best Performer in a Female Identifying Role in a Musical category, with Oliver Ormson and Obioma Ugoala both nominated for Best Supporting Performer in a Male Identifying Role in a Musical. 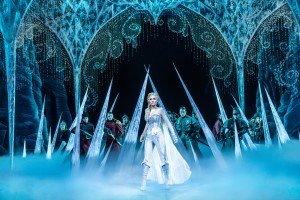 ★★★★
“It has the ‘wow’ factor in terms of stagecraft.” LondonTheatre1

★★★★
“A visual feast to warm even the coldest of hearts.” The Times

★★★★ “Frozen is an awesome spectacle with more heart, depth and darkness than the film.” Time Out

A packed line-up of 34 hit West End shows has been unveiled so far ahead of this year’s West End LIVE, a free and unticketed celebration of London’s … END_OF_DOCUMENT_TOKEN_TO_BE_REPLACED

Based on the true story behind the escape from the infamous Stalag Luft III prisoner of war camp, Tom, Dick and Harry (the names of the three tunnels … END_OF_DOCUMENT_TOKEN_TO_BE_REPLACED