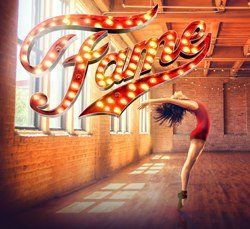 Based on the 1980 phenomenal pop culture film, Fame – The Musical is the international smash-hit sensation following the lives of students at New York’s High School For The Performing Arts as they navigate their way through the highs and lows, the romances and the heartbreaks and the ultimate elation of life. This bittersweet but uplifting triumph of a show explores the issues that confront many young people today: prejudice, identity, pride, literacy, sexuality, substance abuse and perseverance.

Mica Paris who joins the cast as Miss Sherman is one of the UK’s most respected female singers with top 10 hit singles and albums worldwide spanning her 30-year career. Most recently, Mica recorded a new single in honour of Ella Fitzgerald with Guy Barker orchestra. A well-known face on TV Mica has appeared as a broadcaster and presenter on shows including BBC 1’s What Not To Wear. Gok Wan’s Miss Naked Beauty for Channel 4 and ITV’s CelebAir and is also a regular guest on ITV’s This Morning and Loose Women. Mica also played American Jazz Singer, Amelia Walker in At Bertram’s Hotel – Miss Marple for ITV Productions. She presented The Gospel of Gospel for Channel 4 and was also a contestant on BBC’s Strictly Come Dancing 2006. Mica’s stage credits include Mama I Want To Sing, The Vagina Monologues and Sweet Lorraine in the West End and more recently Sylvia in the UK tour of Love Me Tender, based on the music of Elvis and Mama Morton in the UK Number one tour of Chicago.

Jorgie Porter, playing Iris Kelly, is best known for her role as Theresa McQueen in the Channel 4 drama serial Hollyoaks. Her nominations include Best Serial Drama Performance at the National Television Awards and Best Newcomer at the British Soap Awards. She played the role of Miss Croft in BBC1’s highly acclaimed remake of Are You Being Served.

Jorgie was a contestant on the seventh series of Dancing On Ice on ITV and made it all the way to the final where she finished runner-up, returning for Dancing On Ice: Champion Of Champions. Jorgie has also starred in many award-winning shows including I’m A Celebrity… Get Me Out Of Here! (ITV), Lip Sync Battle (Channel 5) & Celebrity First Dates in aid of Stand Up To Cancer (Channel 4).

Fame will be Directed and Choreographed by Nick Winston with Design by Morgan Large, Lighting design by Prema Mehta and Sound Design by Ben Harrison. Mark Crossland is Musical Supervisor.

The first thing I noticed when the cast came out was the live music, and straight away it was apparent that the musicians on stage were not there to just contribute the sound, they were acting dancing and singing along with the rest of the cast. I think this is what I loved the most about the preview.

Mica’s performance left us feeling quite emotional after she sang ‘These are my Children’, and I was blown away by the dancers precision in this up-close and personal performance. I’m sure this is the closest I will ever get to these stunning dance routines, with legs kicking just centimetres away from my face – it’s a good job the dancers knew exactly what they were doing.

After the performance, I got the chance to sit and chat with Mica Paris, Keith Jack and Jorgie Porter. There was a lot of love and excitement in that room for their fellow cast and creatives.

Bonnie: How long have you been in rehearsals?

Keith: It’s the end of the fourth week now. It’s been quite full-on. Everyday hanging out for loads of hours, it’s like we are all family now.

Mica: They are such a nice bunch. Genuinely, they are a great bunch of kids. We are having such a laugh and I love it. I love being around young people and it keeps me young and fresh!

Bonnie: I know Jorgie and Keith have been through training but Mica I’ve read that your first insight to training was actually watching Fame?

Mica: Yes, I’ve never had any training – my parents could not afford it – it just wasn’t done in those days. Training is so good, I don’t knock that at all. It’s just not what I did, I just went to a regular School. Church was my training. I was singing in church from the time I was six years old – so that was my training but you didn’t know that at the time. There were no mics so you were taught to project. So just like that with this show, you get all different kinds of voices and that’s what’s great about this.

Keith: That is what is so good about this show, its the relationships of different people going through the same situation but all in different ways, one thing I’ve loved about this show is – and I didn’t realise it before even though I’ve seen the film and a past production was with this production you can come on five different nights and watch five different stories. I’m not just saying that to sell tickets (he laughs) we have done stuff in group numbers that you may not see unless you’re watching that story like the love interest between Iris and Tyrone you may not see unless you were looking for it and also the same with Nick and Serena. There are these kinds of stories all the way through until we come together at the end. So far we have only run it twice and we have all been emotional wrecks

Jorgie: We are together every day, but then you are on your own a bit and you turn around and realise, ‘Oh My God’ they are incredible! Like I’m lucky to be with all these talented people – there are trumpet players, saxophone players etc.

Bonnie: They all seem to be quadruple threats in this cast, incredible musician/ actors/ dancers /singers

Mica: Yes they are all incredible, see this is what makes you raise your game – when you are around amazing talent you have to raise your own game too.

Bonnie: So what are you learning from each other?
Jorgie: I’m learning a lot from Mica even with my eyelash glue, it is all a bit overwhelming they are all giving me tips. I was a dancer about 10 years ago now, but then when you come back 10 years later you rely on your brain and it is saying ‘what does this hand do on 8? I don’t know!’ Haha, so I had to relearn all of that.

Bonnie: So are you enjoying this more than your TV work
Jorgie: I love this! I love the crowd and the people.
Keith: Yes its such a buzz right?
Jorgie: I really love it.

Bonnie: You have a slightly shorter contract Jorgie, so are you already tempted to stay on?
Jorgie: Oh yeah, I love it! And when it gets on stage it will be ridiculous.
Mica: I cannot see how this will not go on and on.
Jorgie: I don’t think I will ever want to leave, ever! I will be like ‘guys can we live together now’
Mica: Exactly, it’s such a nice bunch and I do think that it is because everyone is so gifted in their own way with no insecurities. They are amazing – each one of these people in the cast and that’s what makes it.
Keith: I think a lot of that comes into the creative team as well, the casting team have done so well, they have looked at personalities & who connects. There are all these different lives on stage and it does feel like a family. We start and end the show together. The rest of the show we really are on our own journeys so everyone is bringing their own individuality to it like you would bring in everyday life and in theatre school.
Mica: What is really interesting is when you look back at Glee, High School Musical. All of these recent shows and Fame was first -the original. This to me is why the show is so strong, Fame to me out of all of these shows is the most powerful is because it was the one they all borrowed from.
Keith: And it is the best!
Fame the Musical Tickets UK Tour 2018-2019

Sonia Friedman Productions has announced that Ruth Wilson will star in Ivo van Hove’s adaptation of Jean Cocteau’s The Human Voice, which he also … END_OF_DOCUMENT_TOKEN_TO_BE_REPLACED

The award-winning smash-hit production of Girl From The North Country, written and directed by celebrated playwright Conor McPherson (The Weir, The … END_OF_DOCUMENT_TOKEN_TO_BE_REPLACED

John Barrowman is back on tour with his new show ‘I am What I am’ The tour launches on Saturday 30 April, 2022 at Southend‘s Cliff’s Pavilion and … END_OF_DOCUMENT_TOKEN_TO_BE_REPLACED

Producer Karl Sydow has announced the West End return of a dazzlingly renewed version of Dirty Dancing - The Classic Story On Stage, following a … END_OF_DOCUMENT_TOKEN_TO_BE_REPLACED