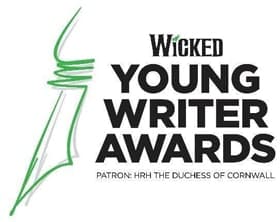 The acclaimed 2017 Wicked Young Writer Awards, created and sponsored by award-winning musical WICKED in association with the National Literary Trust, are announcing today the names of the 115 finalists in the running for the annual creative writing prizes. This year’s finalists can be found on the Awards website – www.WickedYoungWriterAwards.com, and represent young people from England, Northern Ireland, Scotland and Wales.

Championed by Patron Her Royal Highness, The Duchess of Cornwall, this year’s judges include former Labour MP, Ed Balls, ITV News Arts Editor, Nina Nannar and the acclaimed performance poet and writer Laura Dockrill. Author and illustrator of the How to Train Your Dragon books, Cressida Cowell, returns as Head Judge for the third consecutive year, together with long-standing judges Jonathan Douglas, Director of the National Literacy Trust and Michael McCabe, Executive Producer of WICKED. Anna Bassi, Editor of The Week Junior is also a guest judge for the FOR GOOD Award for Non-Fiction.

This year’s panel of judges reviewed and confirmed the finalists that sifting judges (teachers from both primary and secondary sectors) had selected. They then made their decisions on the winners who will be announced on 23 June 2017 at an awards ceremony at Apollo Victoria Theatre, home of the long running hit musical WICKED.

Jonathan Douglas said, “Every year I am moved by the incredible writing of the children and young people who enter the Wicked Young Writer Awards – and this year was no exception. Children tackled incredibly difficult subject matters with originality, creativity and an undeniable sense of hope, buoyed by the good that can come out of bad situations. Well done to everyone who took part in this year’s awards and congratulations to the worthy finalists! We hope that the awards will continue to inspire children and young people to give their thoughts, ideas and passions a voice.” 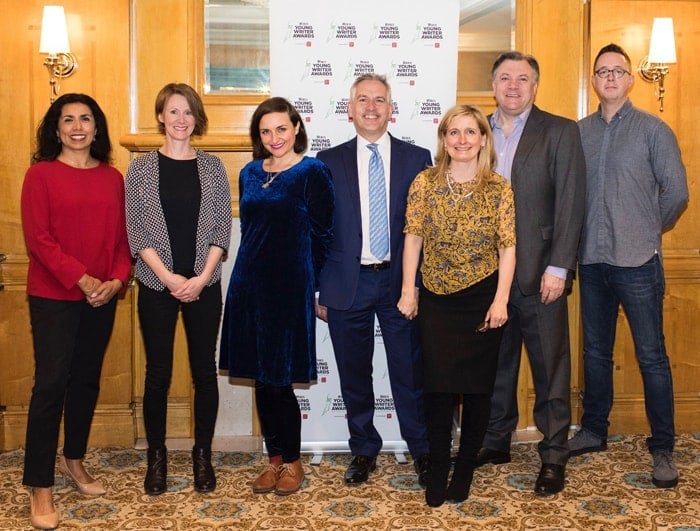 Now in its 7th year, the Awards encourage young people aged 5-25 years to use writing as a way of expressing themselves, producing unique and original pieces of prose and poetry. Nearly 30,000 young people have entered the Awards since they began in 2009, with this year seeing the fastest growing level of entries to date. Over 600 primary and secondary schools and colleges entered this year’s competition from all over the UK, with a particularly impressive rise in entries for the 8-10 and 18-25 categories.

Amongst this year’s finalists were stories, poems and non-fiction writing that were consciously crafted and precise, although often bleak with dark and sometimes disturbing themes. The brave and honest writing showed an understanding for the importance of empathy and the need to give a voice to mental illness amongst the old or young. Highlighted concerns included showing kindness to strangers, looking for hope in adversity, the sadness of dementia, forced marriage and the value of education to help us feel compassion.

Playful and imaginative stories from the younger entries included an enchanted briefcase, life as human body cell, jousting, adventures with love, an underwater world where fish work together and a troublesome spot.

Hayley Leyshon-Brady, a primary school teacher from Oxfordshire and one of the sifting judges for the Awards, comments on the entries; “The entries were of an exceptionally high standard and the pieces that were shortlisted showed such incredible skill in involving the reader emotionally. The subject matter ranged from hidden rooms in grandparent’s houses to being a Syrian refugee but all of these pieces engaged me from the opening line. The powerful language and phenomenal empathy demonstrated what a perceptive and creative group of authors these children are.”

The National Theatre’s new musical Hex returns to the Olivier theatre for Christmas, after its original 2021 opening was delayed due to covid. The … END_OF_DOCUMENT_TOKEN_TO_BE_REPLACED

As it celebrates its 8th anniversary in the West End, The Play That Goes Wrong, the Olivier Award-winning smash hit announces an extension to the … END_OF_DOCUMENT_TOKEN_TO_BE_REPLACED

Producer Josh Andrews has today announced the lead cast for the UK tour of Peter James’ Wish You Were Dead: George Rainsford, will star as James’ … END_OF_DOCUMENT_TOKEN_TO_BE_REPLACED

MAMMA MIA! THE PARTY, London’s premier dining experience, is delighted to announce the new cast arriving at Nikos Taverna on the Greek island of … END_OF_DOCUMENT_TOKEN_TO_BE_REPLACED

Perform Productions is delighted to announce the cast and creative team for the West End premiere of Magical Merlin this October half-term. The … END_OF_DOCUMENT_TOKEN_TO_BE_REPLACED