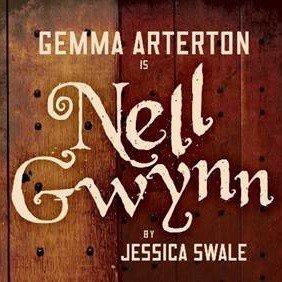 Following its critical acclaim and a sell-out run at Shakespeare’s Globe, Nell Gwynn will be in the West End for a strictly limited season from Thursday 4th February 2016.

It is 1660. The Puritans have run away with their drab grey tails between their legs. Charles II has exploded onto the scene with a love of all things loud, French and sexy. And at Drury Lane, a young Nell Gwynn (Gemma Arterton) is selling oranges for sixpence. Little does she know who’s watching.

Award-winning Gemma Arterton (The Duchess of Malfi, Made in Dagenham, Quantum of Solace) stars as cheeky, charming and clever Nell Gwynn, one of the first, and most acclaimed, women to appear on the London stage.

Jessica Swale’s blissfully entertaining new play charts the rise of an unlikely heroine, from her roots in Coal Yard Alley to her success as Britain’s most celebrated actress, and her hard-won place in the heart of the King. But at a time when women are second-class citizens, can her charm and spirit protect her from the dangers of the court? And at what cost?

Gemma Arterton has most recently starred as Rita O’Grady in Made in Dagenham (Adelphi Theatre) for which she won the Evening Standard ‘Best Newcomer in a Musical’ Award. Her other theatre credits including The Duchess of Malfi (Shakespeare’s Globe), The Little Dog Laughed (Garrick Theatre), The Master Builder (Almeida) and Love’s Labour’s Lost (Shakespeare’s Globe). Gemma’s previous film credits include The Voices, alongside Ryan Reynolds and Anna Kendrick; the title role in Gemma Bovery; Hansel and Gretel: Witch Hunters; Song for Marion; Byzantium; Runner, Runner, alongside Ben Affleck and Just Timberlake; A Turtle’s Tale: Sammy’s adventue; the title role in Tamara Drewe; Clash of the Titans; Disney’s Prince of Persia: The Sands of Time; The Disappearance of Alice Creed; The Boat that Rocked; iconic Bond Girl Strawberry Fields in Quantum of Solace; Three and Out; and St Trinian’s, for which she was nominated for an Empire Award and won a National Movie Award. Television credits include Tess in the BBC adaptation of Tess of the D’Urbevilles and Liza in Capturing Mary.

Michele Dotrice plays Nancy. Michele became a household name when she starred opposite Michael Crawford as his long-suffering wife Betty in the much-loved BBC sitcom Some Mothers Do Ave ‘Em. Her recent theatre work includes The Importance of Being Earnest (Vaudeville Theatre), When We Are Married (Garrick Theatre), Richard III, Henry V, The Jew Of Malta and Private Lives (RSC). Michele’s extensive television work includes Miss Marple, Big School, Henry IV, A Thing Called Love, The Way We Live Now, The Winslow Boy, The Sextet and Middlemarch. Film credits include Captain Jack, The Witches, And Soon The Darkness and Jane Eyre.

David Rintoul returns to the role of Lord Arlington. David has an extensive list of theatre credits including As You Like It, A Mad World My Masters (Shakespeare’s Globe), Sergeant Ola and His Followers, Etta Jenks (Royal Court), Richard II, Richard III (Phoenix Theatre), Lady Windermere’s Fan, The Winslow Boy (Chichester), An Ideal Husband (Old Vic), The World Turned Upside Down, A Midsummer Night’s Dream, The Trojan War Will Not Take Place, The Rivals, Remembrance of Things Past (National Theatre), Henry IV Parts 1 & 2, Edward III, The Island Princess, The American Pilot, Breakfast with Mugabe (RSC), Dirty Dancing (Aldwych) and Funny Girl (Sheffield Crucible). Film and television credits include Legend of the Werewolf, Unrelated, My Week with Marilyn, Is Anybody There?, The Iron Lady and Pride and Prejudice.

Jessica Swale delighted audiences in 2013 with her spirited Blue Stockings (Shakespeare’s Globe). Jessica is the Artistic Director of the Red-Handed Theatre Company, which she set up after training at the Central School of Speech and Drama and the University of Exeter. Recent productions include The School for Scandal, Twelfth Night, The Rivals (starring Celia Imrie) and The Belle’s Stratagem, for which she was nominated for the Evening Standard Award for Best Director. She also directed Bedlam at Shakespeare’s Globe in 2010 – the first work by a female playwright ever performed at the theatre.

Christopher Luscombe’s recent directing credits include Spamalot and The Rocky Horror Show (ATG), Love’s Labour’s Lost and Much Ado About Nothing for the RSC, Henry V (Chicago Shakespeare Theatre), The Madness of George III (Bath Theatre Royal), and The History Boys (West Yorkshire Playhouse/Bath Theatre Royal/UK tour). He has also previously directed The Merry Wives of Windsor and The Comedy of Errors (Shakespeare’s Globe). Christopher was nominated for an Olivier Award for his West End revival of When We Are Married. Originally an actor, his screen credits include The Iron Lady with Meryl Streep.

Nica Burns’s recent producing credits include The Importance of Being Earnest starring David Suchet, The Duck House starring Ben Miller, Lisa Dwan in Beckett’s trilogy Not I, Footfalls and Rockaby, and Hand to God opening at the Vaudeville in February 2016. Nica is co-owner and Chief Executive of Nimax Theatres.

Shakespeare’s Globe has a strong tradition of producing new writing, most recently transferring Claire van Kampen’s critically-acclaimed Farinelli and the King to the West End with Sonia Friedman Productions, starring Mark Rylance. A new indoor Jacobean theatre, the Sam Wanamaker Playhouse, opened its doors in January 2014 with an inaugural performance of The Duchess of Malfi starring Gemma Arterton. The addition of this new candlelit space has permitted a year-round programme of plays by Shakespeare and his contemporaries and productions of new writing. Shakespeare’s Globe was founded by the pioneering American actor and director Sam Wanamaker and is dedicated to the exploration of Shakespeare’s work and the theatre for which he wrote. Since it opened in 1997, the Globe has gained an international reputation for excellence in performance, both at home in Bankside and through its touring productions all over the world.