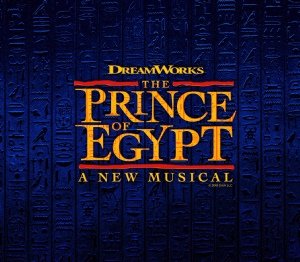 THE PRINCE OF EGYPT, the brand-new stage musical with music and lyrics by Stephen Schwartz (Wicked, Godspell), a book by Philip LaZebnik (Mulan, Pocahontas) and based on the celebrated DreamWorks Animation film, today announces the full cast for its London premiere production.

THE PRINCE OF EGYPT features 10 new songs written by Stephen Schwartz, together with 5 of his acclaimed songs from the DreamWorks Animation film, including Deliver Us, All I Ever Wanted, Through Heaven’s Eyes and the Academy Award®-winning When You Believe (which was a global hit for Whitney Houston and Mariah Carey as well as a UK chart-topping winner’s single for The X-Factor).

A milestone in cinematic achievement, DreamWorks’ The Prince of Egypt captivated audiences across the world and recently celebrated its 20th Anniversary. Hailed as “an outstanding artistic achievement” (Variety) and “a stunning film” (The Guardian), it remains one of the most beloved and acclaimed animated feature films of all time.

After creating the “absorbing and provocative” Version 2.0 and the “eminently lovable” Letters, Kashyap Raja returns to London with his new play Earth … END_OF_DOCUMENT_TOKEN_TO_BE_REPLACED