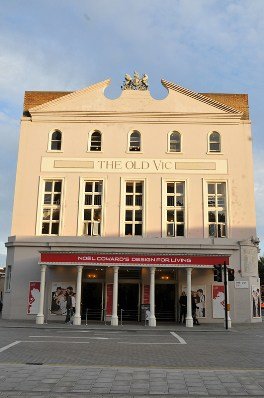 Further casting is today announced for King Lear, which previews from Tuesday 25 October with a press night on Friday 4 November 2016. Tickets will go on general sale on Tuesday 31 May at 12 noon.

A quarter of a century after she gave up acting for politics, double Academy Award-winning legend Glenda Jackson returns to play King Lear in Shakespeare’s greatest tragedy. She will be joined by Celia Imrie in the role of Goneril, Morfydd Clark playing Cordelia and William Chubb playing Albany alongside the previously announced Jane Horrocks, Rhys Ifans, Simon Manyonda and Harry Melling.

Glenda Jackson is a two-time Academy Award-winning actress. Her work spans theatre, film and television and she was awarded a CBE in 1978. In 1992 Glenda became a Member of Parliament, representing constituencies in Hampstead and Kilburn for 23 years. Stepping down in 2015, she has since starred in BBC Radio 4’s Emile Zola: Blood, Sex and Money (2015).

Rhys Ifans plays the Fool. His work as an actor encompasses stage, television and film. Upcoming projects include the television series Berlin Station and films Snowden (2016) and Alice Through the Looking Glass (2016).

Celia Imrie plays Goneril and last performed at The Old Vic in 2012 in Noises Off which transferred to the West End.

Deborah Warner is a director whose work encompasses theatre, opera, film and installation. She has worked with the actress Fiona Shaw since 1989 creating over fourteen works. At 21, she founded The Kick Theatre Company and directed a season of Shakespeare plays. She was named Commandeur de l’Ordre des Arts et des Lettres by the French Government in 2013 and was made a CBE in the 2006 Queen’s Birthday Honours list.

After creating the “absorbing and provocative” Version 2.0 and the “eminently lovable” Letters, Kashyap Raja returns to London with his new play Earth … END_OF_DOCUMENT_TOKEN_TO_BE_REPLACED