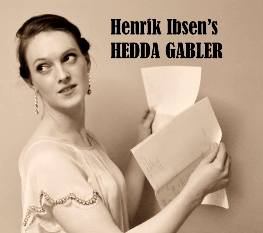 FiasCo Theatre, a new London-based theatre company, brings together existing fringe talent in this, their first production under this title. The desire to find ways of revealing new interpretations of texts, by or through analysis of the text itself, rehearsal process, and the superimposition of various settings and cultural material, was the catalyst for this new venture.

Henrik Ibsen’s Hedda Gabler was first performed in 1891. Traditionally seen as a play with many ambiguities, especially in the character and motivations of the heroine, it is also a play in translation which has led to many interpretations. FiasCo have revealed a hard-hitting version which, in contrast to recent productions, foregrounds the text that propels the action forward. This has allowed for the seeking out in their characters,of the most genuine human stimuli and motivations. Deviating from portrayals of her as a tragic heroine, Hedda becomes a real woman disappointed in her ideals of love, partnership and perhaps most importantly, true friendship.

Taking place in London 1935, this new setting contributes enormously to the revelation that Hedda Gabler is complex and troubled but primarily, deeply real.  Interbellum London was a city grieving and yet ignorant of the imminent history enfolding across the channel. Could nations once again do such things? Hedda Gabler is a story about the ways in which real people do commit atrocious acts of destruction in an almost commonplace way. Just as the British underestimated the tension in Germany and the capacity for ruin that the anger of a broken country can unleash, so the men in Hedda’s life underestimate the effects that their acts of control will trigger. 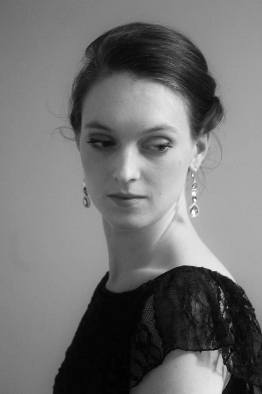 Annemarie Highmore who is playing the title role of Hedda Gabler answered a few questions about herself and the show.

How did you get into acting?
Through necessity! I’m fascinated by words and the interpretation of texts. When I studied for my MA in Text & Performance at RADA it was hands on acting and directing, workshopping scripts and texts. I got the bug!

What can you tell us about Fiasco Theatre?
FiasCo Theatre is a partnership that really wants to have fun. We are always on the hunt for new ways to tell stories. And we like mixing things up too. Diana and I met during our MA and have worked together on other projects. This is our first venture as a theatre company under this name.

How is the play still relevant today?
When first performed in 1891, Hedda Gabler was a brave play. In revealing women’s frustrations with their social role it revealed aspects of family life that a patriarchal norm would perhaps rather be kept under the rug. Our version definitely references the reality that even decades later, and after The Great War, married women struggled to free their lives from male control. However the main focus for our interpretation is that shifts in the most basic and primal of human relationships, such as friendship, can have unforeseen consequences in the actions of another individual. In setting our version in 1935 we see in Hedda a reflection of Germany which had been further destroyed in the aftermath of The Great War whilst having the freedom to expand militarily. This combination of destructive control and ignorance from other great powers in Europe ultimately precipitated World War II. Our play is still massively relevant today in bringing out of Hedda Gabler a sort of timeless lesson about the way that the more vulnerable are treated.

Why should everyone go and see your production?
This interpretation of Hedda Gabler is definitely a talking point! Hedda is a timeless character and yet placing her in a different socio-political scenario lends a lot to discussion of her character, and importantly to the actions of other characters of the play. We look at culpability and also at the relationships which crumble around Hedda throughout the play. Prepare to be moved.

How would you describe ‘your’ Hedda?
In our exploration of the play we have tried to really eke out the motivations for Hedda’s behaviour for which there are textual clues. Traditionally an ambiguous character, here we see her through the framework of relationships she builds around her which get destroyed one by one. Still multi-faceted, I think in this production she is definitely a more vulnerable and less cold woman who has a spirited and light heart. It is constant rebuttal that destroys her self worth and in that I think she becomes a very empathetic character with whom people can really identify.

What attracted you to the role?
When reading the play last year it suddenly struck me what a cold reputation Hedda sometimes gets. Although she doubtless deserves some of it, her actions are certainly calculated, I don’t think that events are ever as clear cut as the history writers make them out to be. I was thrilled by looking into why Hedda does what she does. Fascinatingly, the more you look the less surprising and shocking her actions actually become. Judge Brack’s closing statement defines the way in which society is so often blind to the reality coursing underneath outward appearance.

What else have you got planned for 2014?
We’ll see! We have plans for an interpretation of a Checkhov play in the early summer. In our first year we are really enjoying feeling out all the exciting things that this new company might want to explore. But there will be more!

Directed and produced by Diana Vucane
Co-produced by Annemarie Highmore

The producers and creative team are delighted to announce a new booking period for the West End production of the Tony, Grammy and Olivier … END_OF_DOCUMENT_TOKEN_TO_BE_REPLACED

Having had to shut down the production of Bruce Norris’ seminal play Clybourne Park at final dress rehearsal in March 2020, Trish Wadley Productions … END_OF_DOCUMENT_TOKEN_TO_BE_REPLACED

9 to 5 The Musical Celebrates DOLLY PARTON Being Awarded 47 New Gold and Platinum Certifications. As the UK Tour recommences Dolly Parton’s 9 to 5 … END_OF_DOCUMENT_TOKEN_TO_BE_REPLACED