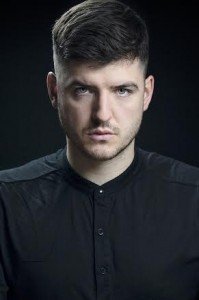 James Alexandrou, star of TV and stage, will play the role of Iago in Grassroots Shakespeare London’s production of Othello.

Grassroots will be the only company performing in the West End for Shakespeare’s 450th birthday on 26th April 2014.

James, who has performed with Harold Pinter and is best known for his appearance as Martin Fowler in Eastenders, will be performed alongside regular Grassroots ensemble members Boris Mitkov (Cassio) and Emily Jane Kerr (Emilia). The rest of the cast is to be announced and casting will take place in January 2014.

James Alexandrou says, “I’m honoured to be playing Iago for Grassroots. To be using their Original Practices approach seems a fitting way to celebrate Shakespeare’s birthday.”

Radio Credits include: Liam in 8 Feet and Rising and Joey in The Homecoming (All BBC Radio 4).

The multi Off West End Award nominated Company have recently performed a well-received rep season at the Old Red Lion Theatre, following a sell-out Christmas rep season. They will premiere their original stagings of the productions devised especially for the Leicester Square Theatre’s Studio space.

Led by SOLT/ TMA Stage One Producer Siobhán Daly, Grassroots is well known for its high-quality performances, its Original Practices methods and their shows being devised by each new ensemble. They produce stripped back, textually rigorous and fun productions to engage with all audiences.

Regent’s Park Open Air Theatre have today confirmed the casting for the title roles in Romeo and Juliet, which opens the 2021 season on Thursday 17 … END_OF_DOCUMENT_TOKEN_TO_BE_REPLACED

Andrew Lloyd Webber’s The Phantom of the Opera returns to its home, Her Majesty’s Theatre London, from 27th July. Experience the thrill of the West … END_OF_DOCUMENT_TOKEN_TO_BE_REPLACED