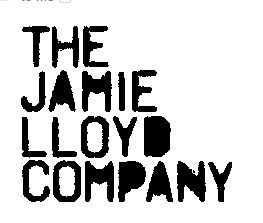 Widely regarded as Pinter’s finest play, the dangerous and tantalisingly ambiguous world of The Homecoming is a crackling hotbed of visceral tension. Celebrated as one of the leading interpreters of Pinter’s work, director Jamie Lloyd has assembled an impressive cast in what promises to be a dynamic production.

The Homecoming is a unique contemporary masterpiece of the 20th Century. This 50th anniversary production will continue The Jamie Lloyd Company’s reputation for presenting compelling drama that sparks passionate debate.

As with The Jamie Lloyd Company’s previous productions, all tickets for Monday performances will be £15. Half of these will be made available through a special outreach scheme, targeted at schools and first-time theatregoers. The other half will be released monthly to the public on the first day of each month, and will be available online or at the Trafalgar Studios box office.

Jamie Lloyd said: “This is a significant anniversary for this iconic, game-changing play and I couldn’t be more excited to be creating it with this dynamic cast of powerful actors. This production is the first project from our company’s new and ambitious slate of work that I can’t wait to announce over the coming months. I am thrilled to be introducing Pinter’s masterpiece to a new and diverse audience at Trafalgar and, determined as ever to make our productions as accessible as possible, I am looking forward to the return of our popular £15 Mondays.”

When Teddy returns from America to introduce his wife Ruth to his family in London, they discover a claustrophobic and brutal household where his father Max, brothers Lenny and Joey and Uncle Sam live in a state of mutual loathing and festering resentment. Theirs is a motherless, compassionless and lawless home where Ruth immediately becomes the centre of attention. Pinter’s sinister masterpiece simmers with suspense and rings with savage humour as Ruth navigates her way between the roles of predator and prey in an incisive battle of wills.

Gemma Chan recently played the lead role of Anita in the Channel 4 drama Humans. Her theatre credits include Yellow Face (NT Shed), Our Ajax (Southwark Playhouse), and The Sugar-Coated Bullets of the Bourgeoisie (Finborough). Other TV credits include Fresh Meat, The Game, Mummy’s Boys, Bedlam, and Death in Paradise. Film credits include Belles Familles, London Fields and Jack Ryan.

John Simm is reunited with Jamie Lloyd having starred in the Trafalgar production of The Hothouse (The Jamie Lloyd Company). Simm is a well-known presence from such TV and film roles as Everyday, Tuesday, Miranda, 24 Hour Party People, Human Traffic, The Village (BBC), Prey (ITV), Mad Dogs (Sky TV), Dr Who, Life on Mars, State of Play and The Lakes (all BBC TV). Other theatre credits include Three Days in the Country (National Theatre), Speaking in Tongues (Duke of York’s), Hamlet and Betrayal (Sheffield Crucible) and Elling (Bush and West End).