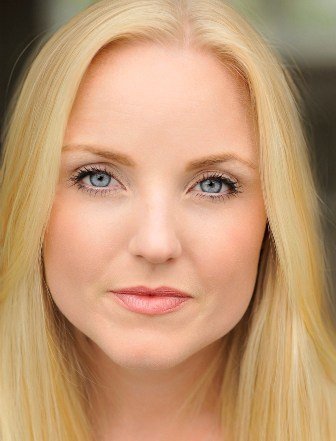 Due to exceptional public demand, Andrew Lloyd Webber’s record-breaking Cats today announces the release of over 100,000 new tickets for sale. Now booking at the London Palladium to 25th April 2015.

Kerry Ellis will join the cast to play Grizabella from 9th February 2015, taking over from Nicole Scherzinger who continues in the role until 7th February 2015 as previously announced.

On just one special night of the year, all Jellicle cats meet at the Jellicle Ball where Old Deuteronomy, their wise and benevolent leader, makes the Jellicle choice and announces which of them will go up to The Heaviside Layer and be reborn into a whole new Jellicle life.

West End musical star Kerry Ellis’ has played Elphaba in Wicked both in the West End and on Broadway. Her other theatre credits include War of the Worlds Arena Tour, Oliver! at the Theatre Royal Drury Lane, Les Miserables at the Queens Theatre, We Will Rock You at the Dominion Theatre and My Fair Lady for the National Theatre and in the West End. Ellis has also performed on tour and in the UK in The Sound of the Musicals, West End Women and Rent 20th Anniversary Concert. With Brian May she completed a UK and European tour of Acoustic by Candlelight. Her other concert performances include Kerry Ellis Live at the London Palladium, Anthems at the Royal Albert Hall and on Tour, Proms on the Thames with Russell Watson, Halle at Lytham Proms with Michael Ball, Night of 1000 Voices, Chess In Concert and The Festival of Remembrance at the Royal Albert Hall, Godspell In Concert at Manchester Opera House and BBC Proms In The Park. Her latest album, Kerry Ellis, was released last year followed by a UK solo tour. Her other recording credits include Anthems-Debut Album, Bring Him Home, Wicked In Rock, Band of Brothers and Reach For The Skies. Ellis has also recorded Acoustic by Candlelight, The Kissing Me Song and Live in Montreux all with Brian May and a duet with Rhydian Roberts.

Cats, one of the longest-running shows in West End and on Broadway, received its world premiere at the New London Theatre in 1981 where it played for 21 record-breaking years and almost 9,000 performances. The production was the winner of the Olivier and Evening Standard Awards for Best Musical. In 1983 the Broadway production became the recipient of seven Tony awards including Best Musical, and ran for eighteen years. Since its world premiere, Cats has been presented in over 30 countries, has been translated into 10 languages and has been seen by over 50 million people world-wide. Both the original London and Broadway cast recordings won Grammy Awards for Best Cast Album. The classic Lloyd Webber score includes Memory which has been recorded by over 150 artists from Barbra Streisand and Johnny Mathis to Liberace and Barry Manilow.

Cats was originally produced by Cameron Mackintosh and The Really Useful Group Limited.