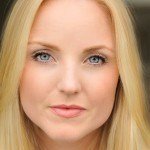 Anniversary years are big deals in the world of theatre. Five years, ten years, twenty years…each milestone is a salute to the lasting quality of each respective show and should undoubtedly be celebrated. The West End’s two longest-running musicals, Les Miserables and The Phantom of the Opera, were both at the centre of huge celebratory events for their 25th anniversaries, with a star-studded concert staged at the O2 Arena for Les Mis and a fully-staged production at the Royal Albert Hall for Phantom. It’s not just current West End shows that are celebrated in this way though; The Rocky Horror Show was revived for a UK tour to mark the occasion of its 40th anniversary, for example.

There is another classic show which is also enjoying the attention of an anniversary year in 2013. It has been 20 years since the first staged performance of Rent, the Tony Award-winning Broadway musical which has become an iconic piece of theatre for its fantastic score and culturally-relative story. A critically acclaimed concert version of the musical toured the UK for ten dates in April, and in November, the production will tour again with Natasha Hamilton and Rory Taylor starring in the cast. Following that, it was recently announced that a third and final leg of the anniversary tour is set to take place in January/February 2014. West End leading lady Kerry Ellis is set to reprise the role of Mimi for the run, saying of her return: “I am thrilled to be returning to this production for its final dates. I had so much fun the first time round with this amazing cast and it’s great to see that there is such demand for our show!”

It’s hardly surprising that there has been such an enthusiastic response to this concert-styled tour of Rent. The rock musical, which is based on Giacoma Puccini’s opera La Boheme, follows the lives of eight young creative types living in New York under the shadow of HIV/AIDS and features a world-renowned score by Jonathan Larson.  The original Broadway production won the Tony Award for Best New Musical and it has also been previously awarded the Pulitzer Prize for Drama. A film adaption was released in 2005 starring many of actors/actresses from the stage musical, including Idina Menzel, whose portrayal of Maureen Johnson remains one of her most prominent and iconic roles to date.

Rent is one of the great musicals of our time and Kerry Ellis one of the great stage performers of our time, so it seems fitting that the two should be brought together in celebration. Ellis originated the role of Meat in the Queen musical We Will Rock You and also became the first British actress to play Elphaba in the smash hit musical Wicked, Winning ‘Best Takeover in a Role’ in the 2008 Whatsonstage.com Awards. She made her Broadway debut immediately after that, reprising the role of Elphaba in the Broadway production of Wicked and subsequently earning herself a couple more awards. Her other West End theatre credits include playing Fantine in Les Miserables, Eliza Doolittle in My Fair Lady, Ellen in Miss Saigon and Nancy in Oliver! In addition to her theatre roles, she has also become a successful recording artist, headed up her own concert at the Royal Albert Hall and performed extensively with Queen guitarist Brian May for their ‘Born Free’ tour.

In its 20th year, Rent is enjoying resurgence in popularity as it travels around the UK and reignites the love that theatre fans have for this musical. If you can manage to catch it on one of its performing dates, then I urge you to do so.