Last night, (Thursday 8th October, 2015), Les Misérables celebrated its 30th anniversary with a very special gala performance at the Queen’s Theatre in aid of the Save The Children Syria Children’s Appeal. To celebrate this milestone, the current cast were joined on stage by members of the original company and special guests including Colm Wilkinson, Roger Allam, Patti LuPone, Frances Ruffelle, John Owen-Jones and Gerónimo Rauch in a special finale.

Including the 1985 original company, the current London cast and members of the creative team, taken directly after the 30th Anniversary Gala performance in aid of the Save the Children Syria Children’s Appeal. 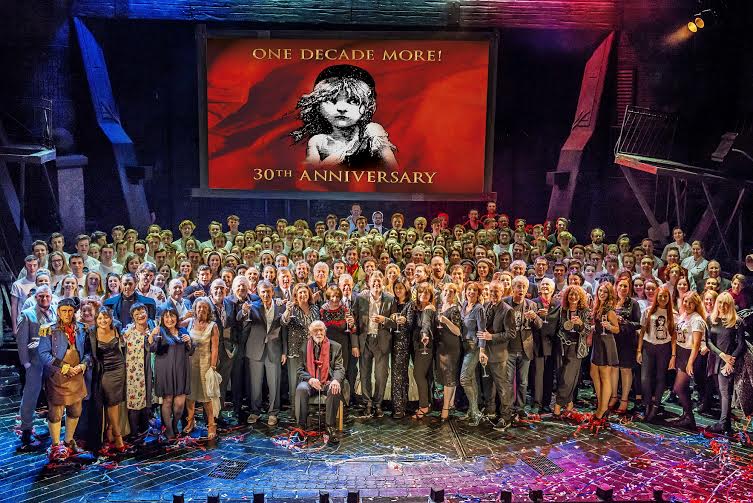