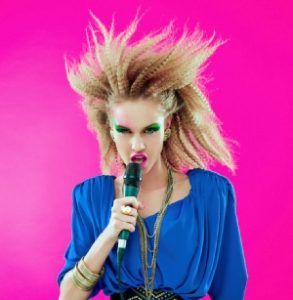 Hot on the heels of the re-ignition of outdoor performances, The Maltings Theatre will present a two-week open-air festival of Shakespeare (and more) at the atmospheric Roman Theatre of St Albans during August.

The Maltings Theatre’s own productions of Henry V and The Merry Wives of Windsor will feature throughout the two-week run and performances of both plays will bookend the programme opening on Friday, August 14th and closing on Monday, August 31st.

“It’s a really exciting time!” asserts Maltings Artistic Director Adam Nichols. “Having led the successful campaign to persuade the government to allow live open-air performance to restart, we’re delighted to be one of the first venues in the country to bring back live theatre to audiences in the historical and beautiful surroundings of the Roman Theatre of St Albans. It is said that Shakespeare himself completed many of his finest works during lockdown, so it seems appropriate for us to be presenting a range of the great man’s plays this summer.”

The Festival will also host the work of three other critically acclaimed touring theatre companies: The HandleBards will present ‘Romeo & Juliet’ and ‘Gnora the Gnome’s Daytime Disco’ (children welcome!); Folksy Theatre will present ‘The Taming of the Shrew’; Pantaloons Theatre Company’s ‘Sherlock Holmes’ completes the programme. Full programme details below and at www.maltingstheatre.co.uk

With strict planning and safety measures in place, the venue will be able to accommodate 220 audience members utilising the full height and all three levels of the atmospheric amphitheatre for the first time in the modern era.

Adam Nichols will be directing a musical version of The Merry Wives of Windsor set during a summer music festival where a group of 80s rockers are on the comeback trail. Complete with big hair, glitter, tight pants and shoulder pads, Shakespeare meets Spinal Tap where 80s supergroup Spirit of Wantonness perform classics from the decade by Bonnie Tyler, Heart, Bon Jovi, and Guns ‘n’ Roses.

Adam has directed six productions for the Maltings Theatre since OVO took over the venue in 2011, including his award-winning production of Shakespeare’s As You Like It (the Minack Theatre Trophy for best production of the 2016 season) which was also named in the Guardian’s top shows of 2019. Other credits include the adaptation of the Ealing comedy The Ladykillers, Harold Pinter’s Betrayal and Contractions by Mike Bartlett. Adam recently directed a live, online, musical version of Shakespeare’s Twelfth Night which performed to over 1000 paying viewers over 7 nights. “That’s more people than would have been able to see the show at our theatre!” says Adam.

As an enthusiast for open-air and site-specific theatre, Adam has established a highly acclaimed annual summer open-air theatre festival at the historic Roman Theatre of Verulamium. Audiences of over 12,000 have enjoyed a mixture of Shakespeare, musicals and contemporary new writing about local history over the past six years.

In his directing debut for The Maltings Theatre, the award-winning director Matthew Parker reimagines Henry V in an outdoor classroom where a group of eager drama students and their teachers come together – at a socially safe distance of course! – to bring this rousing, moving, and frequently funny play to life. This production promises to be a feisty, fast-paced adaptation of Shakespeare’s classic text.

Formerly the Artistic Director of The Hope Theatre in north London, Matthew has received six Best Director Off West End Award nominations (OFFIE) and won in 2017 for his work there. His directing credits at the Hope include the award-winning shows Thrill Me: The Leopold & Loeb Story, Steel Magnolias, Her Aching Heart and Lovesong of the Electric Bear, which was published by Methuen and transferred to the Arts Theatre, West End. Matthew is a faculty member of Drama Studio London and is in demand for lectures and workshops at many other drama schools and theatres.

Global Creatures, the producer of Moulin Rouge! The Musical, has announced today that the UK premiere of the acclaimed show will begin performances at … END_OF_DOCUMENT_TOKEN_TO_BE_REPLACED

Be More Chill, the mind-bendingly, delightfully fun, hit musical is set to open at The Shaftesbury Theatre for a limited 10 week run from Wednesday 30 … END_OF_DOCUMENT_TOKEN_TO_BE_REPLACED

Producer Stacey Mindich has announced that the London production of Dear Evan Hansen, which won the 2020 Olivier Award for Best Musical, will reopen … END_OF_DOCUMENT_TOKEN_TO_BE_REPLACED