Cameron Mackintosh and Disney have announced that their Olivier award-winning production of Mary Poppins, ‘practically perfect in every way’, will resume performances at the Prince Edward Theatre from 7 August 2021. After over a year of shutdown, the company led by the critically acclaimed stars of the show Zizi Strallen as ‘Mary Poppins’ and Charlie Stemp as ‘Bert’ will begin rehearsals shortly in advance of their return. Tickets are now on sale. 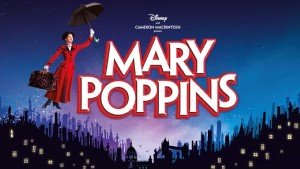 Cameron Mackintosh said: “The last year has been unbelievably hard for everyone but particularly so for the Theatre profession. I have been moved and inspired by the resilience and camaraderie of so many practitioners from all aspects of our industry who have taken on any job so that they and their families could survive. I am therefore thrilled to announce that the world’s most beloved Nanny is now able to return to give us a Supercalifragilistic time from 7 August – now that the Prime Minister has told us that we are on track to reopen “cautiously but irreversibly” this summer. Even if foreign travel is still a big question mark, Mary Poppins is the one Jolly Holiday you can book with certainty this summer! A huge welcome back to the theatre to my wonderful artists and our brilliantly supportive audiences.”

Thomas Schumacher, President and Producer Disney Theatrical Productions, said: “Theatre is a foundational human need that has roared back following every interruption for thousands of years. My friend Cameron Mackintosh and I believe that has never been truer than now. And that there is no better re-entry to theatre than Mary Poppins, a tale about the healing power of enchantment and a family made whole. What better time than now to spend an evening at 17 Cherry Tree Lane?”

The magical story of the world’s favourite Nanny arriving on Cherry Tree Lane has been triumphantly and spectacularly brought to the stage with dazzling choreography, incredible effects and unforgettable songs. The stage version of Mary Poppins, brilliantly adapted from the wonderful stories by PL Travers and the original beloved Walt Disney film, continues to be a smash hit around the world since its opening in London 16 years ago.

Mary Poppins was the winner of Best Musical Revival at the 2020 Whatsonstage Awards and Best Set Design and Best Theatre Choreographer awards at the 2020 Olivier Awards.

Based on the stories of P.L. Travers and the original Walt Disney film, the cast is led by Zizi Strallen in the title role and Charlie Stemp as Bert. Full casting will be announced soon.

The original music and lyrics by Richard M. Sherman and Robert B. Sherman include the classic songs Jolly Holiday, Step in Time, Feed the Birds and Supercalifragilisticexpialidocious. New songs and additional music are by the Olivier award-winning British team of George Stiles and Anthony Drewe. Book is by Academy Award®-winning screenwriter and Downton Abbey creator, Julian Fellowes and this production is co-created by Cameron Mackintosh. The producer for Disney Theatrical Productions is Thomas Schumacher.

Obtaining Government-backed contingency insurance to protect against further unscheduled closures remains a priority. All plans for the re-opening of Mary Poppins are in accordance with the Government’s latest directives and therefore subject to change.

Regent’s Park Open Air Theatre have today confirmed the casting for the title roles in Romeo and Juliet, which opens the 2021 season on Thursday 17 … END_OF_DOCUMENT_TOKEN_TO_BE_REPLACED

Andrew Lloyd Webber’s The Phantom of the Opera returns to its home, Her Majesty’s Theatre London, from 27th July. Experience the thrill of the West … END_OF_DOCUMENT_TOKEN_TO_BE_REPLACED