The Royal Shakespeare Company’s Matilda The Musical has confirmed an extension to the booking period to Sunday 28 May 2023. Also announced today, a relaxed performance will take place on Sunday 19 June 2022 at 3pm offering full access to the theatre for people with autism and learning disabilities and their families. This follows the sold-out success of the six previous relaxed performances of Matilda The Musical. 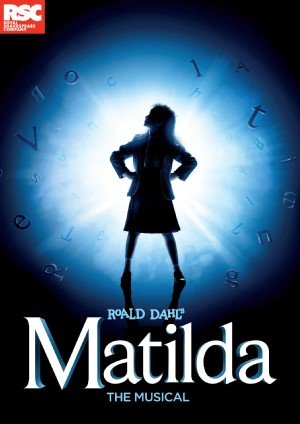 The relaxed performance provides a comfortable environment for everyone, with elements of the production adapted to reduce anxiety and stress, including adjustments to lighting and sound levels to soften their impact. The ambience of the auditorium and theatre ‘rules’ will be relaxed, with everyone free to make noise and move around without restriction. Designated ‘chill-out’ areas outside the auditorium will provide soft seating and activities for those who need to take a break. The production will also be captioned and audio-described with an accompanying touch tour. All theatre staff, crew and company members also receive specialist training to anticipate a wider range of different audience needs.

Adapted from the much-loved Roald Dahl book and commissioned by the Royal Shakespeare Company, Matilda The Musical has won 99 international awards including 24 for Best Musical and has been seen by more than 10 million people across more than 90 cities worldwide. A tonic for audiences of all ages, this anarchic production about a strong and determined heroine with a vivid imagination has welcomed almost 4 million audience members in London where it recently celebrated 10 years in the West End.

Written by Dennis Kelly, with music and lyrics by Tim Minchin and developed and directed by Matthew Warchus, the theatre production is designed by Rob Howell, with choreography by Peter Darling, orchestrations, additional music and musical supervision by Christopher Nightingale, lighting by Hugh Vanstone, sound by Simon Baker and the special effects and illusions are by Paul Kieve.

With the upcoming film adaptation from the same core creative team as the theatre production (direction by Matthew Warchus, adapted for the screen by Dennis Kelly, with the music and lyrics of Tim Minchin), Roald Dahl’s themes of bravery and standing up for what you believe in will continue to inspire young audiences all over the world. Produced by Tim Bevan and Eric Fellner of Working Title, Jon Finn, and Luke Kelly of The Roald Dahl Story Company. Sony Pictures U.K. and Tristar Pictures will release Matilda across the U.K. and Ireland exclusively in cinemas on 2nd December 2022 for Christmas. Netflix will release the film in the rest of the world in December 2022.

Producer Runaway Entertainment is delighted to announce that the critically acclaimed, smash hit, supernatural thriller 2:22 - A Ghost Story will … END_OF_DOCUMENT_TOKEN_TO_BE_REPLACED

LES MISÉRABLES at the Sondheim Theatre is delighted to announce it has extended booking until Sunday 5 March 2023, and a new performance schedule from … END_OF_DOCUMENT_TOKEN_TO_BE_REPLACED