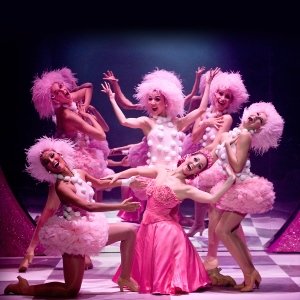 New Adventures is delighted to announce that Matthew Bourne’s Nutcracker! returns to London for a limited Christmas season at Sadler’s Wells in December 2020.

The sweetest of all Matthew Bourne’s Christmas treats, it’s a Nutcracker! like no other. With family-sized helpings of Bourne’s trademark wit, pathos and magical fantasy, Nutcracker! follows Clara’s bittersweet journey from a darkly comic Christmas Eve at Dr. Dross’ Orphanage, through a shimmering, ice-skating winter wonderland to the scrumptious candy kingdom of Sweetieland.

Tchaikovsky’s glorious score and Anthony Ward’s delectable sets and costumes combine with Bourne’s dazzling choreography to create a fresh and charmingly irreverent interpretation of the traditional Christmas favourite. Expect a sprinkling of delicious new surprises in this refreshed production for 2020.

Matthew Bourne said today: “The long-awaited return of New Adventures Nutcracker! after 9 years, is certainly cause for celebration! My very first full-length production dates from 1992 and remains the most singular interpretation of Tchaikovsky’s masterpiece, back in 2020 to delight a new generation of theatre and dance fans. Featuring the extraordinary designs of Anthony Ward and a cast of beloved characters that are unique to this version of the classic Hoffmann tale. It’s time to say hello again to the yobby Gobstopper Boys, the cheeky Marshmallow Girls, the seductive Knickerbocker Glory and the flamenco stylings of The Liquorice Allsorts in the Kingdom of Sweetieland presided over by King Sherbert and Queen Candy! I’m thrilled to showcase a new generation of New Adventures stars in this now classic show that holds a very special place in our Company’s history and in the hearts of our audiences.”

Recipient of the 2019 Special Olivier Award, Sir Matthew Bourne and New Adventures have produced some of the most successful dance productions of the last two decades including Swan Lake, Cinderella, The Red Shoes, Edward Scissorhands and most recently his acclaimed re-imagining of Romeo and Juliet.