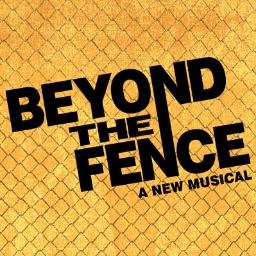 New musical Beyond The Fence premieres at the Arts Theatre in February 2016, but the twist to this show is that it has been conceived and crafted by a computer.

The secret to writing a successful musical has been the subject of much discussion over the years, and now a team of people have sought answers through technology with this experimental piece modelled on a statistical study of the ‘recipe’ for success’ in hit musicals.

The study was conducted by Dr James Robert Lloyd, Dr Alex Davies and Prof Sir David Spiegelhalter from Cambridge University, who explored such aspects as cast size, backdrop and emotional structure to construct the optimal conditions for creating a successful musical.

From there, they visited the What-If Machine at Goldsmiths, University of London with the assistance of Prof Simon Colton, Dr Maria Teresa Llano and Dr Rose Hepworth. The machine generated multiple central premises, featuring key characters, for the show. The premise chosen was, ‘What if a wounded soldier had to learn to understand a child in order to find true love?’

The plot structure was also generated computationally, and then a book and lyrics written (with the aid of further computational tools) to fit the story. Music was provided by Dr Nick Collins, who created a computer composition he calls Android Lloyd Webber, with additional computer music material.

The award-winning team of Nathan Taylor and Benjamin Till wrote the book, music and lyrics for the show in collaboration with these leading experts in music, computation and the science of human creativity

The entire experiment was designed and co-ordinated by Dr Catherine Gale (Wingspan Productions) and will feature in the forthcoming TV series, Computer Says Show, on Sky Arts, which commissioned the musical for the programme.

Beyond the Fence is a powerful new musical about hope, defiance, unity and love. Set in 1982, it tells the story of Mary and her daughter George who are celebrating one year of living at the Greenham Common peace camp. They and the group of women they’ve joined are committed to stopping the arrival of US cruise missiles through non-violent protest, but when faced with losing her child to the authorities, she finds an unlikely ally in US Airman Jim Meadows.


Director of Sky Arts Phil Edgar-Jones had this to say:

“This is a fascinating project that we’re extremely proud to be a part of. At Sky Arts, we’re always excited by innovation and this venture offers an intriguing glimpse into how technology is changing music evolution. Can an algorithm create music with all the humanity, emotion and drama that a person can bring? This question captivates us. We cannot wait to see the result.”

Produced by Neil Laidlaw, the world’s first computer musical, Beyond The Fence, will be presented at the Arts Theatre in London’s West End where it is set to run from 22nd February to 5th March 2016. Press night is on 26th February 2016.

The production is directed by Luke Sheppard and has choreography by Cressida Carre, musical supervision by Paul Herbert, set and costume design by Tom Rogers and lighting by Howard Hudson.

Casting is yet to be announced.