Before school’s out this February half term, Andrew Lloyd Webber announces that later this month (24 February 2018) he will welcome a new group of kids to his Olivier award-winning production of School of Rock – The Musical. Continuing in the West End at the Gillian Lynne Theatre (New London Theatre), School of Rock – The Musical is currently booking to 13 January 2019. In October this year, an Australian production will open at Her Majesty’s Theatre in Melbourne, a Broadway production continues at the Winter Garden Theatre and the US national touring production is currently booking to September 2018.

Based on the iconic 2003 film of the same title, School of Rock – The Musical sees the kids from Dewey’s band compete in the legendary Battle of the Bands and embrace the power of rock! Playing live at every performance alongside the adult cast, the new kids company join the Olivier award-winning kids cast. 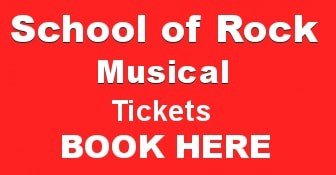 Continuing the countrywide search for the opportunity to ‘join the band’, further kids open auditions will take place later this year in Bristol on the 10 March and in Leeds on 21 April with dates to be announced for London, Manchester and Plymouth. If you are between 8 – 12 years old and play a rock instrument (guitar, bass, piano, and/or drums) or sing, registration and further details can be found by contacting Jessica Ronane Casting at rock@jessicaronane.com or at www.schoolofrockthemusical.co.uk/auditions.

With a rocking new score by Andrew Lloyd Webber, School of Rock – The Musical follows slacker and wannabe rock star Dewey Finn turn a class of straight-A 10-year-old students into an ear popping, riff scorching, all-conquering rock band! Dewey poses as a substitute teacher at a prestigious prep school to make ends meet, and when he discovers his fifth graders’ musical talents, he enlists his class to form a rock group and conquer the Battle of the Bands. As Dewey falls for the beautiful headmistress, can he and his students keep this special assignment secret as they learn to fully embrace the power of rock?

School of Rock features music from the movie, as well as new music written by Andrew Lloyd Webber with lyrics by Glenn Slater and a book by Julian Fellowes. School of Rock – The Musical is directed by Laurence Connor with choreography by JoAnn M. Hunter, set and costume designs by Anna Louizos, lighting design by Natasha Katz, sound design by Mick Potter, music supervision by John Rigby with Matt Smith as musical director.