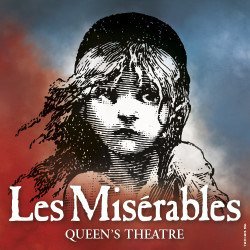 “LES MISÉRABLES” originally opened in London at the Barbican Theatre on 8 October 1985. It transferred to the Palace Theatre on 4 December 1985 where it ran for 19 years before moving to its current home at the Queen’s Theatre on 3 April 2004 where it has already played for 11 years and looks set to at least equal the run at the Palace Theatre as it is still playing to standing room only. When “LES MISÉRABLES” celebrated its 21st London birthday on 8 October 2006, it became the World’s Longest Running Musical, surpassing the record previously held by “Cats” in London’s West End.

London is now home to the only original production of “LES MISÉRABLES”, with the new production playing on Broadway, Australia, Korea, Japan having already extensively toured the UK and North America. Future productions are planned in Spain and the Philippines.