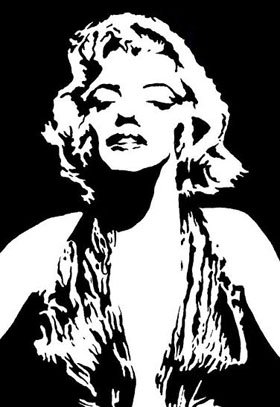 After a successful first outing at Ye Olde Rose and Crowne in 2015, Norma Jeane: The Musical transfers to the LOST Theatre in May-June 2016, with new songs from country star Ali Isabella (#1 Billboard Country Hot Singles Sales Chart) and Andy Street (composer for American Idol and So You Think You Can Dance). Showing a side of Marilyn Monroe that to many is still a mystery, the show casts a beady eye on the dark side of fame and fortune. The show opens on May 30th, with a press night gala on June 1st, which would’ve been Norma Jean’s 90th birthday.

In the dark days of 1961, eighteen months before she died, Marilyn Monroe was sent to a psychiatric unit when she thought she was being sent to a spa for rest and relaxation. This fascinating musical charts the three days she spent there. As she begins coming off the drink and drugs that had become the norm in her Hollywood lifestyle, her mind starts wandering between past and present. Her hallucinations draw the audience into the chaos of her mind and darkly foreshadow the tragedy that is soon to come.

Norma Jeane: The Musical combines the song-writing talents of Anton Mullan, Ali Isabella, Andy Street, David Martin (“Can’t Smile Without You” for Barry Manilow), Mike Daniels, Geoff Cotton, and Orna Klement. Musical direction is by Alex Bellamy (Spooky Noises (Okai Collier Productions) and Imigein (National Folk Theatre of Ireland)), and choreography by Adam Scown (Devilish! (Landor Theatre) and Parade (London Theatre Workshop), for which he was nominated for ‘Best Choreography for a New Musical’ for The Broadway World Awards 2015). The production is written by TL Shannon and directed by BAFTA and Emmy-winning director Christopher Swann, who says: “It’s an exciting task to put Marilyn, madness, movement and music all into one evening. It’s a dark show but has a big heart. With our great cast, it is a challenge I couldn’t refuse.”

The cast will be announced shortly.

'Look anyone will tell you, I’m a pretty straight sort of guy.' Tony Blair A reckless reappraisal of the life of former Ugly Rumours front man and … END_OF_DOCUMENT_TOKEN_TO_BE_REPLACED

Michael Harrison and the Really Useful Group are thrilled to announce that The Wizard of Oz, the musical based on the iconic story by L. Frank Baum, … END_OF_DOCUMENT_TOKEN_TO_BE_REPLACED

Following major demand for tickets, the Queen of comedy Dawn French has announced a host of new UK tour dates for her critically acclaimed live … END_OF_DOCUMENT_TOKEN_TO_BE_REPLACED