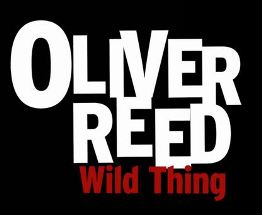 Arrow Media and Seabright Productions present OLIVER REED: WILD THING, a new play by Mike Davis and Rob Crouch, directed by Kate Bannister and performed by Rob Crouch, at The Ambassadors Theatre. The show will run Tuesdays 1st and 8th April 2014 at 8pm.

Mike Davis and Rob Crouch’s homage to renowned actor Oliver Reed, makes for a blistering solo show. Join the legendary hell-raiser as he knocks back a few drinks and shares his incredible life story. From the boyhood excitement of learning he was a descendant of Peter the Great, through the success of Oliver!, boozy adventures with Keith Moon and disastrous chat show appearances – this was a life well lived. But though Ollie may appear an unstoppable force of nature, this is Malta in 1999, and time is fast running out for the ‘Wild Thing’. Rob Crouch brings Reed back to vivid life in a swaggering performance.

Writer and Performer Rob Crouch is co-Artistic Director of Brute Farce. Recent acting credits include Fear And Loathing In Las Vegas (The Vaults Festival) Around the World in 80 Days, Moll Flanders (Perth Festival and tour), Table Manners, Homeland, Apple Pie, Pa Ubu in Ubu Disco, A Fan’s Club (New Wimbledon), Burke in Burke and Hare, Officer Klein in Arsenic and Old Lace (Strand). He is approximately one half of sketch duo Clarkson and Crouch and co-creator of the comedy drama podcast The Paranormalists.

Writer Mike Davis is an Emmy-nominated film and television producer specialising in animation who has worked for some of the UK’s leading production companies and Europe’s largest visual effects studio. His credits include Dragons: A Fantasy Made Real, Stephen Hawking’s Universe for Channel 4 and ITV1’s recent March of the Dinosaurs.

Director Kate Bannister is artistic director of the Jack Studio Theatre, where she was awarded best venue director, Fringe Report Awards 2011, for her work in developing new writing. Directing credits include Borderland, Around the World in 80 Days, Secrets from the Long Grass, Chocolate Bounty, The Legend of Sleepy Hollow, Agamemnon, She Stoops to Conquer, Fighting, The Hound of the Baskervilles, Can’t Pay? Won’t Pay! (Jack Studio), Hamlet (for Blue Apple, Winchester Theatre Royal), Orion (Wilton’s Music Hall), A Fan’s Club (New Wimbledon Theatre), The Miracle (Broadway Theatre) and Let There Be (Riverside Studios).

Cirque du Soleil has announced the London run for one of its most critically acclaimed touring show KURIOS— Cabinet of Curiosities. Opening on 13th … END_OF_DOCUMENT_TOKEN_TO_BE_REPLACED

Ambassador Theatre Group Productions are delighted to announce a UK and Ireland Tour of the pantomime MOTHER GOOSE. The first of its kind to tour the … END_OF_DOCUMENT_TOKEN_TO_BE_REPLACED

The National Theatre’s new musical Hex returns to the Olivier theatre for Christmas, after its original 2021 opening was delayed due to covid. The … END_OF_DOCUMENT_TOKEN_TO_BE_REPLACED