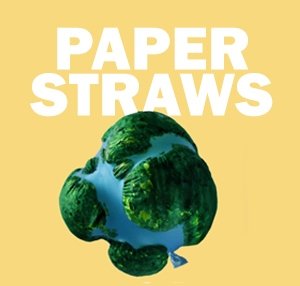 Sea levels are rising. Wildlife is becoming extinct. We’re drowning in plastic.
But everyone is using Paper Straws, isn’t that something?

Taking place in changing time frames, we follow the lives of three people brought up through the ‘liferaft’ system – a scheme that re-homes children from places deemed unlivable because of the changing climate. Now in their adult lives, and each having very different relationships to how climate change has shaped their identities, they get a calling: it’s time to step up and do something.

Part surreal comedy, part family drama set against the backdrop of our looming climate catastrophe, the characters are forced to decide ‘how far would you go to save the world’?

Please note: Paper Straws is an experiment in sustainable theatre-making, from the rehearsal room to the stage. This performance is a Work In Progress.

Cast and further creative team to be announced.

PearShaped is a theatre and performance company founded by Jess Daniels, Katie Caden and Rachael Smith. They collaborate with artists to make socially and environmentally conscious, female-led performance.

Directed by Jess Daniels, Resident Director of the Olivier Award-winning Girl from the North Country. Other credits include: Connect NOW Monologues (The Old Vic); Connie Wookey: Denied (Soho Theatre); The Butterfly Lion (The Barn Theatre): A Pupil (Park Theatre, Off West End nominated). Written by Katie Caden, alumnus of the Soho Theatre Writer’s Lab. Other Credits include: Are YOU Happy Now at (Camden People’s Theatre) and Monochrome (Theatre 503)