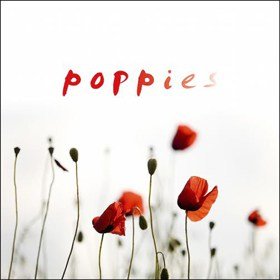 Women of the Front reignite the Fringe
After delighting audiences at Edinburgh Fringe in 2015, Music Box Theatre bring their re-mastered, unique brand of folk-inspired musical theatre down to London this May. Set in the First World War, Poppies shines a light on the women who risked their lives to bring music and drama to the battle-scarred men of the front lines.

With original music from Laura Kaye Thomson (Stiles and Drewe Best New Song Prize finalist 2015) and book and lyrics by Lizzie Bourne and Thomson, Poppies takes its inspiration from the true story of Lena Ashwell and her concert parties for troops at the Front.

Poppies previewed at Edinburgh Fringe in the summer of 2015, receiving critical acclaim and raising money for Poppy Scotland. Since then, the show has undergone further development, and makes its mark on the London Fringe with a brand new director and cast. This year the production will be raising money for Good Chance Theatre in the Calais Jungle.

Cirque du Soleil has announced the London run for one of its most critically acclaimed touring show KURIOS— Cabinet of Curiosities. Opening on 13th … END_OF_DOCUMENT_TOKEN_TO_BE_REPLACED

Ambassador Theatre Group Productions are delighted to announce a UK and Ireland Tour of the pantomime MOTHER GOOSE. The first of its kind to tour the … END_OF_DOCUMENT_TOKEN_TO_BE_REPLACED

The National Theatre’s new musical Hex returns to the Olivier theatre for Christmas, after its original 2021 opening was delayed due to covid. The … END_OF_DOCUMENT_TOKEN_TO_BE_REPLACED