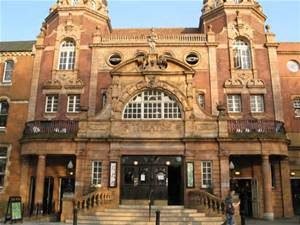 The Richmond Theatre have announced their new 2016 season, which includes the critically acclaimed Regent’s Park production of Lord of the Flies as one of the programme highlights.

Following the venue’s pantomime production of Cinderella, which runs from 4th December 2015 to 10th January, the 2016 season line-up will feature a selection of past and present West End alongside musical and comedy entertainment and some regional theatre favourites.

Timothy Sheader’s version of the William Golding classic, Lord of the Flies, comes to the Richmond Theatre from 19th to 23rd January, direct from its original run at Regent’s Park Open Air Theatre this summer. Returning to the venue after that is Willy Russell’s smash hit musical Blood Brothers fresh from a sell-out autumn tour, with Lyn Paul reprising her iconic role of Mrs Johnson during the show’s run 25th to 30th January 2016.

Another hit West End musical in the 2016 line-up is Richard O’Brien’s cult classic, The Rocky Horror Show, which recently ran at the Playhouse Theatre in London and will visit the Richmond Theatre for one week only, from 2nd to 7th May. The touring production stars Diana Vickers as Janet and Ben Freeman as Brad, along with Paul Cattermole as Eddie/Dr Scott and Kristian Lavercombe back as Riff Raff. Other musical theatre treats include the Broadway classic 42nd Street (8th-12th March), Andrew Lloyd Webber and Don Black’s Tell Me On A Sunday starring Jodie Prenger (13th March), Tom. A Story of Tom Jones. The Musical (17th-21st May), and the Judy Garland tribute musical End of the Rainbow (24th-28th May).

Stand-up comic Brian Conley brings his new live show, Brian Conley: Live and Dangerous, to the Richmond Theatre for a one-night-only gig on 28th February, followed by Ed Byrne: Outside, Looking In on 20th March.

Andrew Lloyd Webber’s The Phantom of the Opera has returned to its home, Her Majesty’s Theatre London. Experience the thrill of the West End’s most … END_OF_DOCUMENT_TOKEN_TO_BE_REPLACED

The full cast is announced today for the 40th Anniversary tour of Michael Frayn’s multi-award-winning farce, Noises Off, which will open at Theatre … END_OF_DOCUMENT_TOKEN_TO_BE_REPLACED

Adapted from Susan Hill’s classic book, The Woman in Black at the Fortune Theatre has been thrilling London audiences since 1989. In The Woman … END_OF_DOCUMENT_TOKEN_TO_BE_REPLACED

The producers of the multi-award-winning, critically acclaimed production of CABARET at the KIT KAT CLUB in London’s West End are thrilled to announce … END_OF_DOCUMENT_TOKEN_TO_BE_REPLACED