Producers Fiery Angel Entertainment and Red Tail Entertainment are delighted to announce casting for the European Premiere of Dolly Parton’s Smoky Mountain Christmas Carol – A New Musical at the Southbank Centre’s Queen Elizabeth Hall from 8 December 2022 to 8 January 2023, with a press night on 13 December 2022. Extra performances have been added on 22 and 29 December due to popular demand. 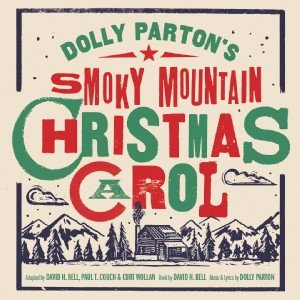 Robert Bathurst is a TV and stage actor best known for Cold Feet, Toast Of London, Joking Apart and Downton Abbey. He played John Le Mesurier in the biopic Hattie and Sergeant Wilson in Dad’s Army – The Lost Episodes. Numerous West End and touring theatre productions include plays by Chekhov, Shaw, Shakespeare, Wilde, Ibsen, Michael Frayn, Joe Penhall, Steven Thompson, Michael Wynne and Claire Luckham. In Chicago he played the title role in King Charles III by Mike Bartlett. With the ex-professional jockey Nathan Horrocks he wrote and directed The Fall, a film drama about jockeys. He devised and produces the staging of Love, Loss & Chianti by Christopher Reid a two-actor play in verse with cartoon animation. He has written articles and book reviews on showbiz and horseracing and as a reader of audiobooks he won the Audie for Best Male Narrator in 2020.

Set during the 1930s in the Smoky Mountains of East Tennessee, this heart-warming and truly unforgettable production imagines Ebenezer Scrooge as the owner of a mining company town, where his callous greed blinds him to the joys and gifts of the season. As a Christmas Eve snowstorm approaches, Scrooge is visited by the spirit of his deceased business partner and three ghosts who compel him to see life anew and discover that love and family are the greatest and most precious gifts we have. Dickens’ classic characters and Parton’s heart-felt songs beautifully reimagine this timeless story in a whole new light.

Following its multiple West End runs, and continuing success at its home – The Other Palace, Heathers the Musical will embark on its highly … END_OF_DOCUMENT_TOKEN_TO_BE_REPLACED

After creating the “absorbing and provocative” Version 2.0 and the “eminently lovable” Letters, Kashyap Raja returns to London with his new play Earth … END_OF_DOCUMENT_TOKEN_TO_BE_REPLACED