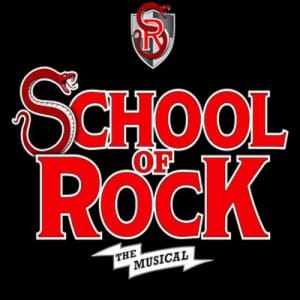 On hearing the 2016 nominations being announced, Andrew Lloyd Webber said: “This is fantastic. We have just had Jack Black see our show and proclaim it ‘A Broadway Masterpiece’. Now we get these nominations! We are thrilled.”

Winners will be announced on Sunday, June 12th 2016 at the Awards Ceremony.

Based on the smash hit 2003 film of the same title, School of Rock – The Musical features music from the movie, as well as an original score by Andrew Lloyd Webber and lyricist Glenn Slater, with a book by Julian Fellowes and direction by Laurence Connor.

School of Rock –The Musical is the first original British musical ever to premiere on Broadway.

School of Rock — The Musical is produced on Broadway by Andrew Lloyd Webber for The Really Useful Group, Warner Music Group & Access Industries, The Shubert Organization, and The Nederlander Organization. Nina Lannan and Madeleine Lloyd Webber serve as Executive Producers.

Plans for a West End production of School of Rock – The Musical are currently underway and the search young performers to take part in the production began last month.