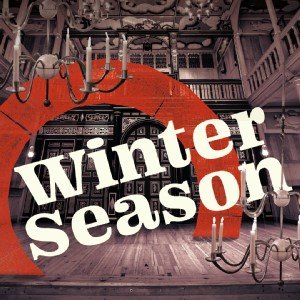 A country under attack. A family falling apart. A mind in turmoil.

If our real selves are revealed in times of crisis, who’s to say what’s real or not when the crisis is born of manipulation?

Embracing the atmosphere and claustrophobia of the candlelit playhouse, this production of Hamlet takes you inside the mind of the grief-stricken prince as Hamlet seeks revenge for his father’s alleged murder.

Performed for the first time in the intimate confines of the Sam Wanamaker Playhouse, Associate Artistic Director, Sean Holmes, and the Globe Ensemble shed candlelight on the intensity of Hamlet as they bring this tale of corruption and disruption to life.

‘There is nothing either good nor bad, but thinking makes it so’ – Act II, scene 2

A powerful and darkly comic new production of Measure for Measure, Shakespeare’s tale of injustice and inequality, comes to light in the Sam Wanamaker Playhouse.

When the government starts policing the free expression of sexual desire, Isabel is drawn from the safe space of her convent to rescue her brother from death under the new laws.

Only his freedom comes at a price. Her.

In a hypersexualised, politically polarised society, morality is messy and principles are compromised. What would you be willing to lose in the fight for justice?

‘To whom should I complain?… Who would believe me?’- Act II, scene 4

The Globe Theatre returns to its roots for a magical re-imagining and re-wilding of Hans Christian Andersen’s fairy tale The Fir Tree – the story of Christmas told from the perspective of the tree.

Bring friends, family, partners, neighbours and with a cup of hot chocolate or mulled wine in hand, join us under the wintry star-lit sky in our glorious wooden ‘O’ for a fireside dose of story, song, candlelight, and hope.

In a society that exploits minorities to keep the majority in power, identity is everything.

When ostracised Jewish moneylender, Shylock, chases a debt he is rightfully owed, it exposes the fault lines of a culture built on religious and moral hypocrisy.

The Merchant of Venice is Shakespeare’s complex exploration of prejudice, patriarchy and capitalism. Director Abigail Graham brings together the personal and political in this re-imagining of Shylock’s play.

‘You have among you many a purchased slave,
Which, like your asses and your dogs and mules,
You use in abject and in slavish parts,
Because you bought them.’ – Act IV, scene 1

ENGLISH TOURING OPERA, the only English professional touring opera company, working on a minuscule Arts Council subsidy when compared to other, less … END_OF_DOCUMENT_TOKEN_TO_BE_REPLACED

TuckShop - the UK’s only specialist production company devoted all things drag - are back in the West End this Christmas with DICK WHITTINGTON, the … END_OF_DOCUMENT_TOKEN_TO_BE_REPLACED

Producer Stacey Mindich has announced the Olivier award-winning Company returning to Dear Evan Hansen next month. The London production reopens at the … END_OF_DOCUMENT_TOKEN_TO_BE_REPLACED

Global Creatures, the producer of Moulin Rouge! The Musical, is thrilled to announce today the cast for the UK premiere of the acclaimed show, which … END_OF_DOCUMENT_TOKEN_TO_BE_REPLACED