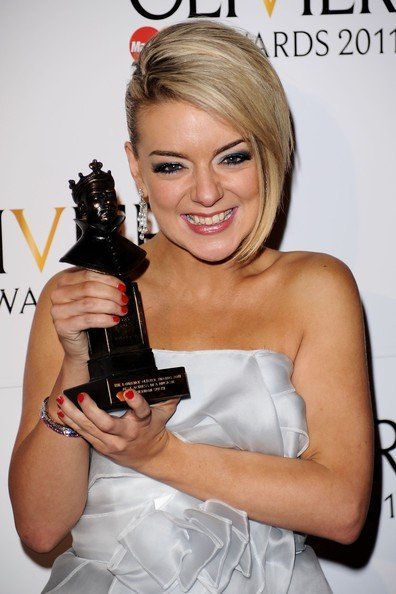 Sheridan Smith will play the title role in a revival of Hedda Gabler by Henrik Ibsen at London’s Old Vic Theatre.

The production, which will be directed by Anna Mackmin, is the opening show in the theatre’s autumn/winter season. Alongside Sheridan Smith will be Buffy Davis, Anne Reid, Adrian Scarborough and Fenella Woolgar.

The season will also feature Trevor Nunn’s revival of the Cole Porter musical Kiss Me Kate, which is a co-production with Chichester Festival Theatre and will transfer to the Old Vic following its run on the south coast.

Hedda Gabler is a play published in 1890 by Norwegian playwright Henrik Ibsen. The play premiered in 1891 in Germany and has gained recognition as a classic of nineteenth century theatre. The character of Hedda is considered by some critics to be one of the great dramatic roles in theatre.

Old Vic artistic director Kevin Spacey commented “I am particularly pleased to unveil our production of Hedda Gabler, such an iconic and impactful play, with Sheridan Smith in the lead. Sheridan is a wonderful actress who has rightly received acclaim for her recent work and I am sure audiences will be intrigued to see her tackle this role.”

Having established herself primarily as an actress in British Sitcoms, Smith is now a leading West End actress. She also has two Olivier Awards to her name: Best Actress in a Musical for originating the role of Elle Woods in Legally Blonde followed by Best Performance in a Supporting Role for her performance as Doris in the revival of Flare Path.

A few months ago Smith withdrew from taking the lead role in the musical version of Bridget Jones’ Diary, scheduled for 2013, with reasons reported in the press as being “that the show would keep her away from a growing career in film and television”. There is clearly considerable demand for this much sought-after actress and as much as her supporters will be disappointed that she won’t be in Bridget Jones I am sure they will relish the opportunity of seeing her in other roles.

With her forthcoming stage role as Hedda Gabler, I have no doubt that Sheridan Smith will continue to be a phenomenal success. You can follow Sheridan Smith on Twitter @Sheridansmith1

Cirque du Soleil has announced the London run for one of its most critically acclaimed touring show KURIOS— Cabinet of Curiosities. Opening on 13th … END_OF_DOCUMENT_TOKEN_TO_BE_REPLACED

Ambassador Theatre Group Productions are delighted to announce a UK and Ireland Tour of the pantomime MOTHER GOOSE. The first of its kind to tour the … END_OF_DOCUMENT_TOKEN_TO_BE_REPLACED

The National Theatre’s new musical Hex returns to the Olivier theatre for Christmas, after its original 2021 opening was delayed due to covid. The … END_OF_DOCUMENT_TOKEN_TO_BE_REPLACED