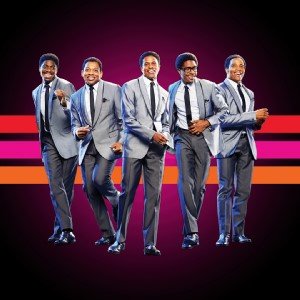 Otis Williams, the group’s founding member and an executive producer of the show said today, “I am truly thrilled that our Tony Award-winning musical Ain’t Too Proud – The Life and Times of The Temptations, which was a smash hit on Broadway and is currently touring to 50 cities in the U.S., will be opening in the West End next Spring. The UK has always loved our music and embraces it as much today as it did 60 years ago. All of us involved with the show can’t wait to share this very production with you all.”

AIN’T TOO PROUD, which won the 2019 Tony Award for Best Choreography is the electrifying new musical that follows the remarkable journey of THE TEMPTATIONS from the streets of Detroit to the Rock & Roll Hall of Fame. With their signature dance moves and unmistakable harmonies, they rose to the top of the charts creating an amazing 42 Top Ten Hits with 14 reaching number one. The rest is history – how they met, how they rose, the ground-breaking heights they hit, and how personal and political conflicts threatened to tear the group apart as the United States fell into civil unrest. This thrilling story of brotherhood, family, loyalty and betrayal is set to the beat of the group’s Grammy Award-winning music including the hits My Girl, Just My Imagination, Papa Was a Rollin’ Stone and so many more.

The Temptations are often referred to as American Music Royalty, with an expansive catalogue of hit songs and an ongoing prolific six-decade career. Ranked Number One in Billboard Magazine’s recent list of ‘Greatest R&B/Hip Hop Artists of All Time’, the group were also named one of Rolling Stone magazine’s ‘100 Greatest Artists of All Time’. “My Girl,” released in December 1964, was The Temptations’ first #1 charted record and sold multi-millions of copies. “My Girl” was inducted into The Grammy Hall of Fame in 1998 and in 2018 it was entered into the National Recording Registry by the Library of Congress. It has become a standard now. The Temptations have over 50 gold, platinum and multi-platinum awards all combined, and also have been awarded five Grammy® Awards, including the Recording Academy’s Lifetime Achievement Grammy® Award. They won Motown’s, and their first ever GRAMMY in 1969 for Best Rhythm and Blues Performance by a Duo or Group for their song “Cloud Nine.” In 1989 The Temptations were inducted into the Rock and Roll Hall of Fame, and their songs “Just My Imagination”, “Papa was a Rollin’ Stone” and “My Girl” are among the Rock and Roll Hall of Fame’s ‘500 Songs That Shaped Rock and Roll.’ In 1994 The Temptations were given a star on the Hollywood Walk of Fame in Los Angeles, California and in 2019 a star on the Apollo Theater’s Walk of Fame in Harlem, New York City. Still helmed by founding member, Otis Williams, The Temptations celebrate their 60th Anniversary with a brand-new album, Temptations 60, available now. Next week the group are kicking off their international concert tour in the United Kingdom, followed by appearances in France, Germany, Belgium and the Netherlands.

AIN’T TOO PROUD is produced in the West End by Ira Pittelman, Tom Hulce, Stephen Gabriel and Jamie Wilson.

Following its multiple West End runs, and continuing success at its home – The Other Palace, Heathers the Musical will embark on its highly … END_OF_DOCUMENT_TOKEN_TO_BE_REPLACED