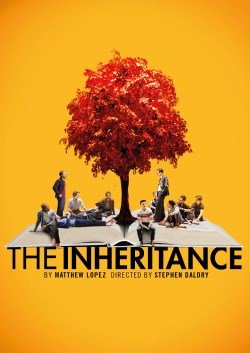 Best Actress was Patsy Ferran as Alma in Tennessee Williams’ Summer & Smoke at the Almeida Theatre and Duke of York’s Theatre. Ferran was previously Critics’ Circle Best Newcomer for Blithe Spirit and Treasure Island in 2015.

Best Shakespearean Performance was Sophie Okonedo as Cleopatra, opposite Ralph Fiennes, in Antony & Cleopatra at the National Theatre.

Best Newcomer was Chris Walley for Michael Grandage’s revival of Martin McDonagh’s The Lieutenant of Inishmore.

Most Promising Playwright was Natasha Gordon for Nine Night, which transferred from the National Theatre to the West End’s Trafalgar Studios, where Gordon has also joined the cast.

The Special Award for Services to Theatre was awarded to Neil McPherson, Artistic Director of the pioneering Finborough Theatre in Earl’s Court since January 1999.

Drama Section Chair Mark Shenton said: “Where other award ceremonies prioritise celebrity winners, see the industry rewarding itself or act as a public popularity contest, the Critics’ Circle Theatre Awards alone are above the fray with their independence, judged by respected critics whose job it is to see theatre week in, week out, without fear or favour, and who have no other agenda than to celebrate excellence. Critics are invited to reward their favourite contributions to creative excellence equally across plays and musicals.”

The Critics’ Circle Theatre Awards is one of the best-loved ceremonies in the theatre awards calendar. It’s an informal gathering of award recipients, drama critics, theatre practitioners and the media, convivially coming together to celebrate the critics’ selection of the best theatre, from throughout the UK, during the last calendar year. Since the Awards’ inception in 1989, the theatre critics, consisting entirely of respected and influential working journalists, have prided themselves on offering something unique on the packed theatre awards circuit: each member of the Drama Section independently casts their vote based on personal choice, free of any discussion or industry influence, ensuring a highly democratic voting process.

Comedian Arthur Smith opened proceedings in time-honoured fashion, and during the ceremony, Mark Shenton handed over the reins, after nine years at the helm of the theatre section, to incoming chairman Henry Hitchings, Chief Theatre Critic of the London Evening Standard, as Mark becomes President of the Critics’Circle for a two-year term.

The exclusive invited audience also enjoyed a special musical performance from Once on this Island by the British Theatre Academy. For a third year, the Awards were produced by Terri Paddock.
www.criticscircletheatreawards.com

'Look anyone will tell you, I’m a pretty straight sort of guy.' Tony Blair A reckless reappraisal of the life of former Ugly Rumours front man and … END_OF_DOCUMENT_TOKEN_TO_BE_REPLACED

Michael Harrison and the Really Useful Group are thrilled to announce that The Wizard of Oz, the musical based on the iconic story by L. Frank Baum, … END_OF_DOCUMENT_TOKEN_TO_BE_REPLACED

Following major demand for tickets, the Queen of comedy Dawn French has announced a host of new UK tour dates for her critically acclaimed live … END_OF_DOCUMENT_TOKEN_TO_BE_REPLACED