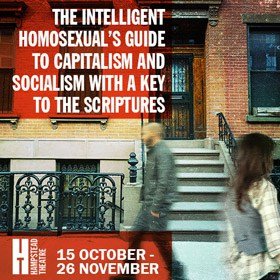 New York, 2007. Gus Marcantonio, retired longshoreman, former trade union organiser, renaissance man, feels that the world has turned its back on everything he has fought for in life. With his sister, he summons his three grown children home, trailing the appendages of their chaotic lives, to their Brooklyn brownstone for the most unusual family reunion yet…

Shot through with characteristic wit and searing passion, Tony Kushner’s latest play is at once the story of a family grappling to find meaning in a landscape they no longer recognise and an epic exploration of humanity’s compulsive search for Utopias, both personal and political.

Pulitzer Prize winner Kushner makes a highly anticipated return to Hampstead where his Slavs! Debuted in 1994. His other plays include the classic Angels in America and screenplays include the Oscar nominated Lincoln and Munich.

Following its multiple West End runs, and continuing success at its home – The Other Palace, Heathers the Musical will embark on its highly … END_OF_DOCUMENT_TOKEN_TO_BE_REPLACED

After creating the “absorbing and provocative” Version 2.0 and the “eminently lovable” Letters, Kashyap Raja returns to London with his new play Earth … END_OF_DOCUMENT_TOKEN_TO_BE_REPLACED