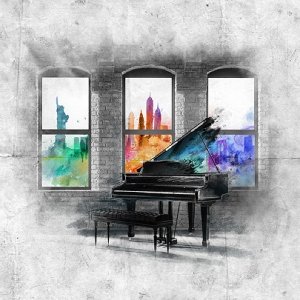 ★★★★★ “You won’t have seen a better production of The Last Five Years… It is the definitive production. Beg, borrow or steal a ticket.” WhatsOnStage
★★★★★ “Jason Robert Brown’s song cycle revitalised”.” The Stage
★★★★ “A quicksilver delight… Restlessly inventive.” Time Out
★★★★ “… this is a most enthusiastic, raw and intense production…” LondonTheatre1

On March 16 2020, The Last Five Years at Southwark Playhouse was cut short owing to the global pandemic. This October, Southwark Playhouse are delighted to welcome back the same production to pick up exactly where it left off (with added Perspex and socially distanced audiences).

Jason Robert Brown’s Drama Desk Award-winning musical, The Last Five Years, is an emotionally powerful and intimate show about two New Yorkers who fall in and out of love over the course of five years. The musical’s unconventional structure unfolds as Cathy tells her story in reverse, from the end of their turbulent relationship, whilst Jamie tells his story chronologically from the spark of their initial meeting. The two characters meet only once, at their wedding in the middle of the show. This iconic musical returns to London following its run in March, with the actors onstage at all times and playing the piano to add a new narrative dimension to the story, accompanied by a full four-piece band.

This production will only go ahead if the government gives the go ahead for indoor performances with socially distanced audiences, which Southwark Playhouse and the producers of the show.

understand is likely to be in place. Patrons can book tickets with the knowledge that if the production is unable to go ahead there will be full refunds. For a full list of FAQ’s regarding booking for this production and more information on how it will adhere to social distancing within the venue please visit the website here and click on the Covid-19 FAQ’s tab.

Full information on casting and social distancing measures around the actors performing in the production will be announced in the coming weeks.