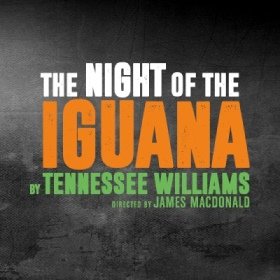 Clive Owen returns to the West End for the first time in 18 years to play the Rev. T. Lawrence Shannon in THE NIGHT OF THE IGUANA, in a new production directed by James Macdonald.

The Night Of The Iguana will be directed by James Macdonald, (whose West End credits include the acclaimed recent production of Who’s Afraid Of Virginia Woolf, The Father and The Changing Room) and will be designed by Tony, Olivier and OBIE-award winning Rae Smith.

In the strange limbo of 1940, on a dilapidated hotel verandah perched high in a rainforest above the west coast of Mexico, a group of lost souls collide – a defrocked priest turned tourist guide, the grieving widow who runs the hotel, a family of jubilant Nazis… and an itinerant portrait artist with her 97-year-old poet grandfather. The result is an epic battle between flesh and spirit, captivity and freedom, art and faith – heightened by the arrival of a tropical rain-storm.

Further casting to be announced.
The Night Of The Iguana is produced by David Richenthal, Fiery Angel, Gavin Kalin and David M. Milch.

Sonia Friedman Productions has announced that Ruth Wilson will star in Ivo van Hove’s adaptation of Jean Cocteau’s The Human Voice, which he also … END_OF_DOCUMENT_TOKEN_TO_BE_REPLACED

The award-winning smash-hit production of Girl From The North Country, written and directed by celebrated playwright Conor McPherson (The Weir, The … END_OF_DOCUMENT_TOKEN_TO_BE_REPLACED

John Barrowman is back on tour with his new show ‘I am What I am’ The tour launches on Saturday 30 April, 2022 at Southend‘s Cliff’s Pavilion and … END_OF_DOCUMENT_TOKEN_TO_BE_REPLACED

Producer Karl Sydow has announced the West End return of a dazzlingly renewed version of Dirty Dancing - The Classic Story On Stage, following a … END_OF_DOCUMENT_TOKEN_TO_BE_REPLACED