Andrew Lloyd Webber’s The Phantom of the Opera returns to its home, Her Majesty’s Theatre London, from 27th July.

Lucy St Louis starred as ‘Diana Ross’ in the West End production of “Motown The Musical” at the Shaftesbury Theatre. Her many other West End credits include “Beautiful The Carole King Musical” at the Aldwych Theatre and “The Book of Mormon” at the Prince of Wales Theatre. Lucy has also appeared in “Ragtime” at Regent’s Park Open Air Theatre and “Man of La Mancha” at the London Coliseum.

Rhys Whitfield most recently played the role of ‘Raoul’ in the National Tour of “The Phantom of the Opera”. He has also appeared in “Summer and Smoke” at the Duke of York’s Theatre in the West End and as ‘Peter’ in “Jesus Christ Superstar” at Regent’s Park Open Air Theatre. His other credits include “Close to You” at the Criterion Theatre and the UK tour of “The Commitments”. 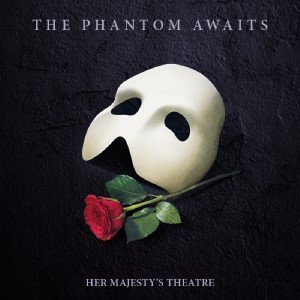 THE PHANTOM OF THE OPERA is produced by Cameron Mackintosh and The Really Useful Group Ltd. Music by Andrew Lloyd Webber, Lyrics by Charles Hart, and Additional Lyrics by Richard Stilgoe. Book by Richard Stilgoe and Andrew Lloyd Webber, based on the novel ‘Le Fantôme de l’Opera’ by Gaston Leroux, with Orchestrations by David Cullen and Andrew Lloyd Webber. Musical Supervision is by Simon Lee. The Production Design is by Maria Björnson and the Set Design is adapted by Matt Kinley with Associate Costume Design by Jill Parker, Lighting is by Andrew Bridge with Associate Lighting Design by Warren Letton, Sound is by Mick Potter. The Musical Staging and Choreography is by Gillian Lynne, recreated and adapted by Chrissie Cartwright. Originally Directed by Harold Prince, this production is Directed by Seth Sklar-Heyn.

Obtaining government-backed contingency insurance to protect against further unscheduled closures remains a priority. All plans for the re-opening of THE PHANTOM OF THE OPERA are in accordance with the government’s latest directives and therefore subject to change.

THE PRINCE OF EGYPT, the hit musical based on the classic DreamWorks Animation film, is proud to confirm the complete cast, orchestra and company of … END_OF_DOCUMENT_TOKEN_TO_BE_REPLACED

Tom loves a laugh! But it’s no joke when he can’t even remember where he’s parked the car... Fortunately, his loving wife Trish comes to the … END_OF_DOCUMENT_TOKEN_TO_BE_REPLACED

Following a sell-out tour in 2018/2019, the producers of the smash-hit ROCK OF AGES are delighted to announce the cast and Kevin Clifton’s return in … END_OF_DOCUMENT_TOKEN_TO_BE_REPLACED

The classic tale of The Three Musketeers is brought to you by the inconceivable, unimaginable and fantastical FoolHardy Theatre… a company with … END_OF_DOCUMENT_TOKEN_TO_BE_REPLACED