THE PRINCE OF EGYPT, the hit musical based on the classic DreamWorks Animation film, is proud to confirm the complete cast, orchestra and company of 154 who will lead “the huge popular hit” (LBC) back into London’s Dominion Theatre in 16 days, in accordance with UK Government Step 3 protocols (socially distanced audiences), as previously announced. 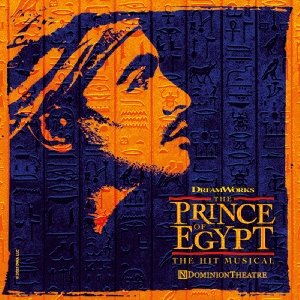 “Brought to life in truly epic fashion” (Daily Mirror), the Grammy® Award nominated musical will resume performances on Thursday 1 July 2021 with tickets currently on sale until Saturday 8 January 2022. Performances between Thursday 1 July and Saturday 4 September 2021 will operate with socially distanced audiences throughout the venue and, thereafter, in accordance with Step 4 protocols (full capacity but in compliance with UK Government public health guidance). Should all current restrictions be lifted earlier, the production will revert to full capacity as soon as practicably possible.

Producers DreamWorks Theatricals, Michael McCabe and Neil Laidlaw said in a joint statement: “On behalf of our authors, creative team and co-producers, we are proud to welcome back our exceptional company of 154 individuals and to once again deliver live performances of this epic theatrical re-imagining of the classic DreamWorks Animation film. While initial performances will be in front of socially distanced audiences, we, as one of the West End’s biggest shows and employers, will need a Government-backed insurance scheme against future COVID-related shutdowns and to move to full capacity at the earliest possible opportunity. In the meantime, we look forward to audiences returning from 1 July to the comfort and COVID-secure environment of the Dominion Theatre.”

“This lavish stage adaptation” (The Guardian) of the classic DreamWorks Animation film features a cast and orchestra of more than 60 artists and Stephen Schwartz’s acclaimed score includes his Academy Award®-winning song When You Believe, which was a global hit for Whitney Houston and Mariah Carey, and the “spine-tingling” (Time Out) Deliver Us. The Original Cast Recording, released by Ghostlight Records, received a 2021 Grammy® Award nomination for `Best Musical Theatre Album’.

The Prince of Egypt has music and lyrics by multi-Grammy® and Academy Award®-winner Stephen Schwartz (Wicked, Godspell), a book by Philip LaZebnik (Mulan, Pocahontas) and features 10 new songs written by Stephen Schwartz together with 5 of his beloved songs from the DreamWorks Animation film (When You Believe, Deliver Us, All I Ever Wanted, Through Heaven’s Eyes and The Plagues).

The Prince of Egypt is produced by DreamWorks Theatricals (a division of Universal Theatrical Group), Michael McCabe and Neil Laidlaw together with John Gore, Tom Smedes and Peter Stern, Ramin Sabi, The Araca Group, James L. Nederlander and Michael Park.

A milestone in cinematic achievement, the classic DreamWorks Animation film has been captivating audiences across the world for more than two decades. It has been hailed as “one of the greatest animated films of all time” (Evening Standard) and “a stunning film” (The Guardian).

Stephen Schwartz (Music & Lyrics) is the recipient of three Academy Awards®, four Grammy Awards®, a Golden Globe® and the Isabelle Stevenson Tony Award® for his commitment to serving artists and new talent. He is also a six-time Tony Award® nominee and the recipient of sixteen Lifetime Achievement honours. He is best known for his many successful stage musicals, including Wicked; Pippin and Godspell, as well as for his song-writing collaborations with Alan Menken on films including Disney’s Enchanted; Pocahontas and The Hunchback of Notre Dame. For DreamWorks Animation, he wrote both music and lyrics for The Prince of Egypt. In 1976, at the age of just 28, he had three shows running simultaneously on Broadway (Godspell, Pippin and The Magic Show). A book about his extraordinary career, Defying Gravity, is published by Applause Books. www.stephenschwartz.com

Philip LaZebnik (Book) is an award-winning Hollywood screenwriter and playwright. He has written or contributed to screenplays for many of the most successful animated feature films of all time, including Disney’s Mulan and Pocahontas and, for DreamWorks Animation, The Prince of Egypt. The screenplay for Mulan won him an Annie Award for ‘Best Animation Screenplay’.

Sean Cheesman (Choreographer) has choreographed for Prince, Michael Jackson, Janet Jackson, Tina Turner, Whitney Houston, Queen Latifah and Britney Spears and won MTV Music Video ‘Best Choreography/Dance’ awards for Michael & Janet Jackson’s Scream and Prince’s Cream, a VH1 Video Award for Prince’s Get Off and a NAACP Image Award for Whitney Houston’s I’m Every Woman. He is now best known for his work on the international television shows So You Think You Can Dance (USA, Canada and UK), Dirty Dancing: Time of Your Life (UK) and Channel 4’s Musicool (UK). He also staged the dance numbers for, and appeared in, The Bodyguard, starring Whitney Houston and Kevin Costner. Born in Canada, he studied at the Alvin Ailey School in New York and landed his first job, aged 17, in Michael Jackson’s Bad music video.

DreamWorks Theatricals (Producer), a division of Universal Theatrical Group, was established to develop and produce live stage productions inspired by the studio’s acclaimed animated films, including Shrek The Musical, Madagascar and The Prince of Egypt. UTG, the live theatre division of Universal Pictures, is currently represented by the musical phenomenon Wicked, which has been seen by 60 million people worldwide, making it one of the most successful theatrical ventures of all time. Universal’s critically acclaimed musical adaptation of Billy Elliot, which won four Olivier Awards and ten Tony Awards®, including Best Musical, ran for 11 years in the West End. Additional credits include the Broadway premiere of Irving Berlin’s Holiday Inn with Roundabout Theatre Company and the Tony Award®-nominated Broadway production of Bring It On: The Musical.

Book Tickets for The Prince of Egypt and other London Shows

Sir David Suchet makes his eagerly awaited return to UK stages in POIROT AND MORE, A RETROSPECTIVE this autumn (2021). Following a successful tour of … END_OF_DOCUMENT_TOKEN_TO_BE_REPLACED

Selladoor Worldwide is delighted to cheer on the full cast of BRING IT ON THE MUSICAL, who will be joining musical theatre and TV star Amber Davies as … END_OF_DOCUMENT_TOKEN_TO_BE_REPLACED