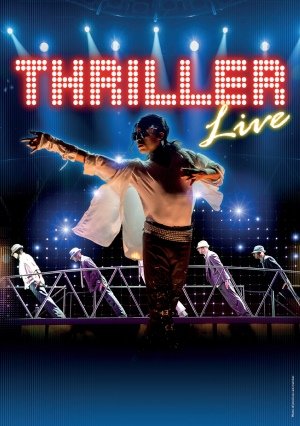 Thriller Live, the West End concert spectacular, is extending its record-breaking run to April 2020. Now in its 11th year, producers today open up a new 27-week booking period. It had previously been booking to September 2019.

Jackie, Marlon and Tito Jackson greeted the news of the West End extension: “Thriller Live is such a cool celebration of Michael’s music and the music of the Jackson Five we made together. We loved the show when we saw it, and fans in the audience were ‘thrilled’ with the performances. It’s great they’ve extended their run so more fans can have an opportunity to dance to Michael’s music, the Jackson Five music, and to have a great night out.”

Next month, on Sunday April 7, the 4,625th West End performance of Thriller Live will see it overtake Miss Saigon, which premièred at the Theatre Royal, Drury Lane on 20 September 1989, closing on 30 October 1999, to become the 13th Longest Running West End Musical of all time!

Thriller Live is a non-stop concert featuring all of the greatest hits from a career spanning the Jackson 5 to Thriller, the world’s best-selling album with more than 105 million copies sold to date.

Originally scheduled from January to May 2009, Thriller Live’s run has been extended over 20 times since and it continues to draw theatre-going audience and pop fans to sold-out shows at the Lyric Theatre.

A second production of Thriller Live continues to tour the world with dates in Kuwait, Dubai, Germany and throughout the UK.

Thriller Live is unlike other West End musicals. There is no script or story, it is instead an eye-popping celebration of the Jacksons’ music legacy, bringing to life on stage distinctive high-energy dancing and the pulsating sound of many of pop’s greatest hits. The show changes each year with new numbers added, and features specially created video footage and effects and dazzling choreography by the show’s award-winning
director, Gary Lloyd.

Thriller Live first Moonwalked into the Lyric Theatre on Shaftesbury Avenue in 2009 and it holds the record as the longest ever run of a show since the theatre opened in December 1888. Thriller Live has now been seen by over 5 million people in 33 countries and played over 6,500
performances worldwide, never failing to get a standing ovation!

After creating the “absorbing and provocative” Version 2.0 and the “eminently lovable” Letters, Kashyap Raja returns to London with his new play Earth … END_OF_DOCUMENT_TOKEN_TO_BE_REPLACED