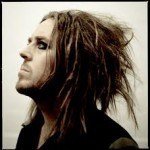 The Old Vic today announced the first in its new series of Variety Nights, along with the line-up for the event on Sunday 15th November 2015.

Tim Minchin is one of a wide variety of performers set to take part in the first Old Vic Variety Nights next month. The multi-award-winning musician, actor and comedian will take to the stage along with acclaimed magician Dynamo and comedian Mark Watson. There will also be a performance by world-class brass band The Tredegar Town Band, which recently featured in the Matthew Warchus film Pride.

The Old Vic Variety Nights form part of Warchus’ inaugural season as artistic director of the Old Vic, and celebrate the rich history of the theatre. Ahead of the first of the Variety Nights, Warchus said: “Three of my favourite things are music, magic and comedy, hence my eagerness to introduce a series of Old Vic Variety Nights. We’re looking forward to seeing the Old Vic lit up on a Sunday night welcoming all kinds of audiences… to see famous faces mixed with new talent in evenings of laughter, fun and really great entertainment.”

Tim Minchin rose to fame through his work in musical comedy, and has toured his live shows all over the world. He is also the composer/lyricist for the Olivier and Tony Award-winning musical Matilda (book by Dennis Kelly) and appeared on stage himself playing Judas in the critically-acclaimed Arena tour of Jesus Christ Superstar.

Dynamo (real name Steven Frayne) is an English magician best known for his award-winning Channel 4 show Dynamo: Magician Impossible, which airs to over 210 million people in 180 countries worldwide. He is currently on his first ever live tour, playing more than 80 show dates throughout 2015/16.

Mark Watson is multi-award-winning comedian who regularly appears on TV and has recorded 4 series of his Radio 4 show. He is also the author of five novels and the 2015 graphic novel Dan and Sam (written with Oliver Harud), and is currently writing a commissioned work for the Old Vic.

The Tredgar Town Band are one of the finest brass bands in the world. They have won the British Open Title twice in the last five years under MD Ian Porthouse, and in May 2015, became the first brass band to provide the score for a major professional ballet when they accompanied the Rambert Ballet’s critically acclaimed Sadler’s Wells production of Dark Arteries.

Further acts are still to be announced.

The National Theatre’s new musical Hex returns to the Olivier theatre for Christmas, after its original 2021 opening was delayed due to covid. The … END_OF_DOCUMENT_TOKEN_TO_BE_REPLACED

As it celebrates its 8th anniversary in the West End, The Play That Goes Wrong, the Olivier Award-winning smash hit announces an extension to the … END_OF_DOCUMENT_TOKEN_TO_BE_REPLACED

Producer Josh Andrews has today announced the lead cast for the UK tour of Peter James’ Wish You Were Dead: George Rainsford, will star as James’ … END_OF_DOCUMENT_TOKEN_TO_BE_REPLACED

MAMMA MIA! THE PARTY, London’s premier dining experience, is delighted to announce the new cast arriving at Nikos Taverna on the Greek island of … END_OF_DOCUMENT_TOKEN_TO_BE_REPLACED

Perform Productions is delighted to announce the cast and creative team for the West End premiere of Magical Merlin this October half-term. The … END_OF_DOCUMENT_TOKEN_TO_BE_REPLACED