Based on the true story behind the escape from the infamous Stalag Luft III prisoner of war camp, Tom, Dick and Harry (the names of the three tunnels of course!) will debunk the myths, honour the people involved, and tell the true story of one of the most daring escape attempts in World War II history. 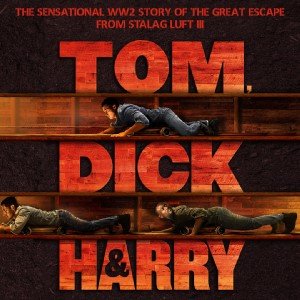 With a script inspired by top secret information that was classified in the war archives until 1972, it’s a funny, touching and truly inspiring story that celebrates the ingenuity and spirit of the escapees. Co-written by Andrew Pollard, Michael Hugo and Theresa Heskins and brought to the stage by the producer of the worldwide smash-hits The Play that Goes Wrong and SIX the Musical, get ready for an extraordinary theatrical adventure.

Producer Runaway Entertainment is delighted to announce that the critically acclaimed, smash hit, supernatural thriller 2:22 - A Ghost Story will … END_OF_DOCUMENT_TOKEN_TO_BE_REPLACED

LES MISÉRABLES at the Sondheim Theatre is delighted to announce it has extended booking until Sunday 5 March 2023, and a new performance schedule from … END_OF_DOCUMENT_TOKEN_TO_BE_REPLACED