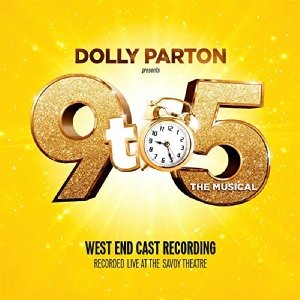 The producers of Dolly Parton’s phenomenally successful 9 TO 5 THE MUSICAL are delighted to announce that the West End Cast Recording is available to stream and download now. It can be found on all streaming platforms including Spotify, Apple Music and Amazon Music.

Recorded live at the Savoy Theatre with the West End cast, led by Caroline Sheen, Amber Davies, Natalie McQueen, Bonnie Langford and Brian Conley, 9 TO 5 THE MUSICAL has a rip-roaring score by the Queen of Country herself featuring Backwoods Barbie, Get Out and Stay Out, Shine Like the Sun and the of course, the title number. It tells the story of three workmates pushed to boiling point by their sexist and egotistical boss. Concocting a plan to kidnap and turn the tables on their despicable supervisor, will the ladies manage to reform their office – or will events unravel when the CEO pays an unexpected visit?

9 TO 5 THE MUSICAL took the West End by storm in February 2019, where Dolly Parton attended the premiere and joined the cast on stage at the finale. Now celebrating its first birthday in London, the hit show continues to play to sold-out audiences in the capital as well as around the UK (embarking on the second leg of its national tour in May 2020) and, from April, Australia too!

Based on the 20th Century Fox Picture. Originally produced on Broadway by Robert Greenblatt, April 2009.

9 To 5 The Musical
Savoy Theatre, London