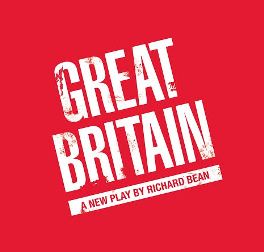 Nicholas Hytner’s production of Richard Bean’s Great Britain will transfer to the Theatre Royal Haymarket following its National Theatre run, with performances commencing 10th September 2014.  Public booking will open Friday 4th July, at 9.30am, with bookings through to 10th January 2015.  Great Britain is designed by Tim Hatley, with video design by 59 Productions, lighting by Neil Austin, music by Grant Olding and sound by Paul Arditti.  Casting for the West End run will be announced shortly.

Richard Bean’s fast and furious new play is an anarchic and foul-mouthed satire about the press, the police and the political establishment.  Paige Britain is the ambitious young news editor of The Free Press, a tabloid newspaper locked in a never-ending battle for more readers.

Richard Bean’s One Man, Two Guvnors, also directed by Nicholas Hytner for the National Theatre and winner of the Evening Standard and Critics’ Circle Awards for Best New Play, is currently on its third UK tour following runs at the National Theatre, in the West End and on Broadway.  His other plays for the National Theatre are England People Very Nice and The Mentalists.  Bean has also written The Heretic (Evening Standard Award), Harvest (Critics’ Circle Award), Honeymoon Suite, Under the Whaleback and Toast for the Royal Court (the latter shortly to be revived at the Park Theatre); The Big Fellah for Out of Joint at the Lyric Hammersmith and on tour; and the forthcoming Pitcairn for Out of Joint, Chichester Festival Theatre and Shakespeare’s Globe. He adapted David Mamet’s House of Games and wrote a new version of The Hypochondriac for the Almeida Theatre, and has written the book for the new West End musical Made in Dagenham.

Great Britain received its world premiere at the National Theatre earlier this week.

After creating the “absorbing and provocative” Version 2.0 and the “eminently lovable” Letters, Kashyap Raja returns to London with his new play Earth … END_OF_DOCUMENT_TOKEN_TO_BE_REPLACED